We're excited to announce that Polymesh has officially unveiled its Grants Program, offering 50 Million POLYX to developers building on the blockchain. 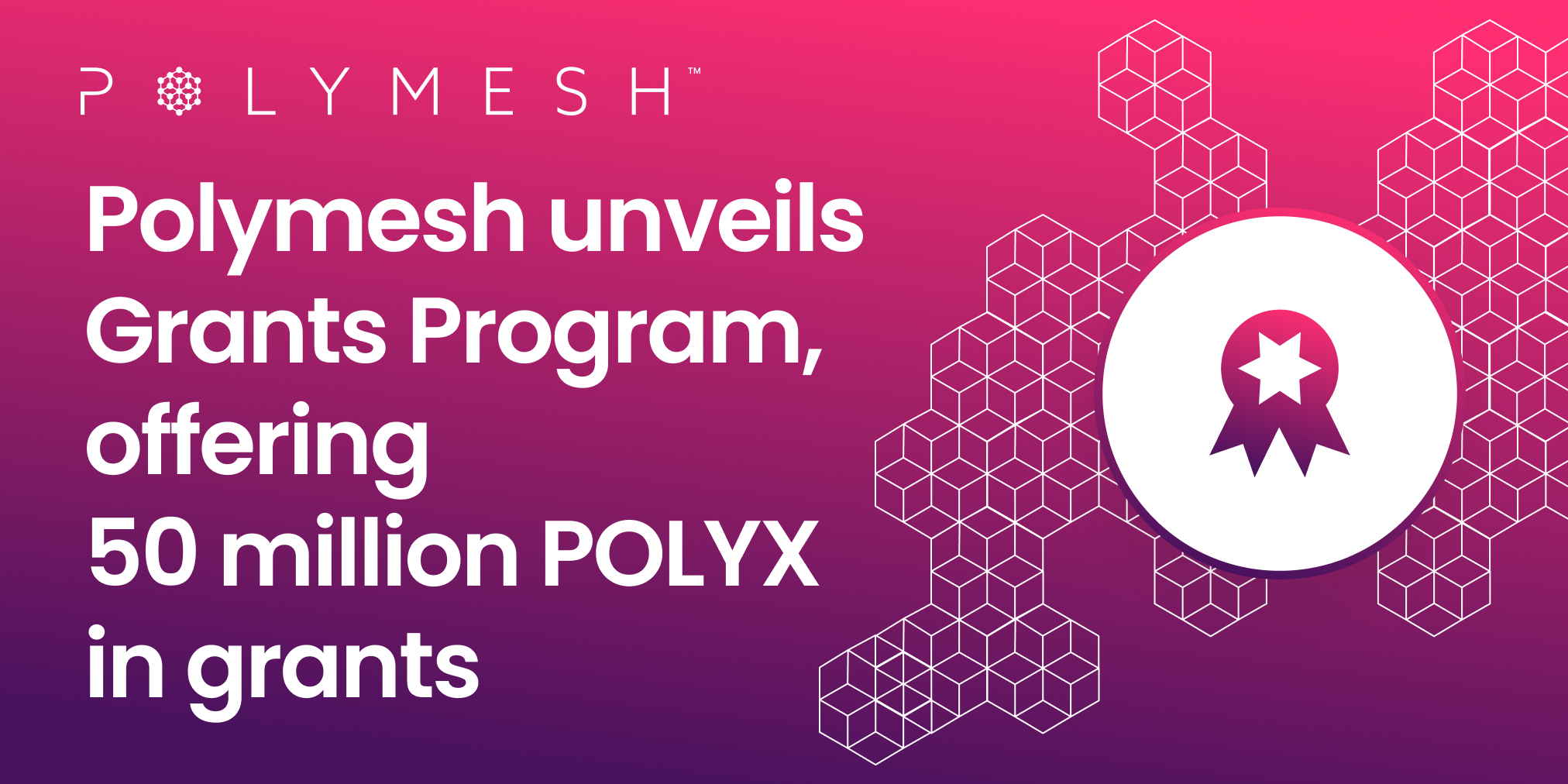 You read that right! Polymesh has officially unveiled our grants program, offering 50 million POLYX in grants to individual developers or companies building features and functionality on Polymesh.

It’s our mission to improve the ecosystem and make Polymesh the number one blockchain for securities. Our grants program will play a crucial part in this process by incentivizing external development.

While the financial primitives built into Polymesh’s core provide full functionality for identity and tokenization, there are certain features and functionality that Polymesh has yet to implement. With our grants program, we’re calling on developers to help us extend Polymesh; in exchange, you’ll receive a grant in the form of POLYX.

You might tackle making a more finance-oriented block explorer, build hardware or enterprise wallet integrations, or increase chain interoperability through bridging mechanisms. Whatever you choose, you’ll play a key role in helping us transform the future of finance by expanding what’s possible for the Polymesh ecosystem and what it can offer the industry as a whole.

To kick things off, we’ve compiled a list of Requests for Proposals (RFPs) containing concrete ideas for the projects we’d most like to see implemented, however you’re welcome to propose your own ideas for valuable tools or projects. We’re particularly interested in projects that could be leveraged by other builders in our ecosystem.

To apply for a grant, simply submit an application through Polymesh’s GitHub describing your idea of a new feature you want to build on Polymesh. Your application will be evaluated by our team; if approved, you’ll receive a grant! It’s that simple.

Find the guidelines, project ideas, and application process on the Polymesh Github, and keep an eye out for future blogs with ideas of what you can build!

Please note the Polymesh Grants Program is governed by Grants Terms and Conditions.