← Back to blog posts
Developers
March 11, 2021
Link copied to clipboard 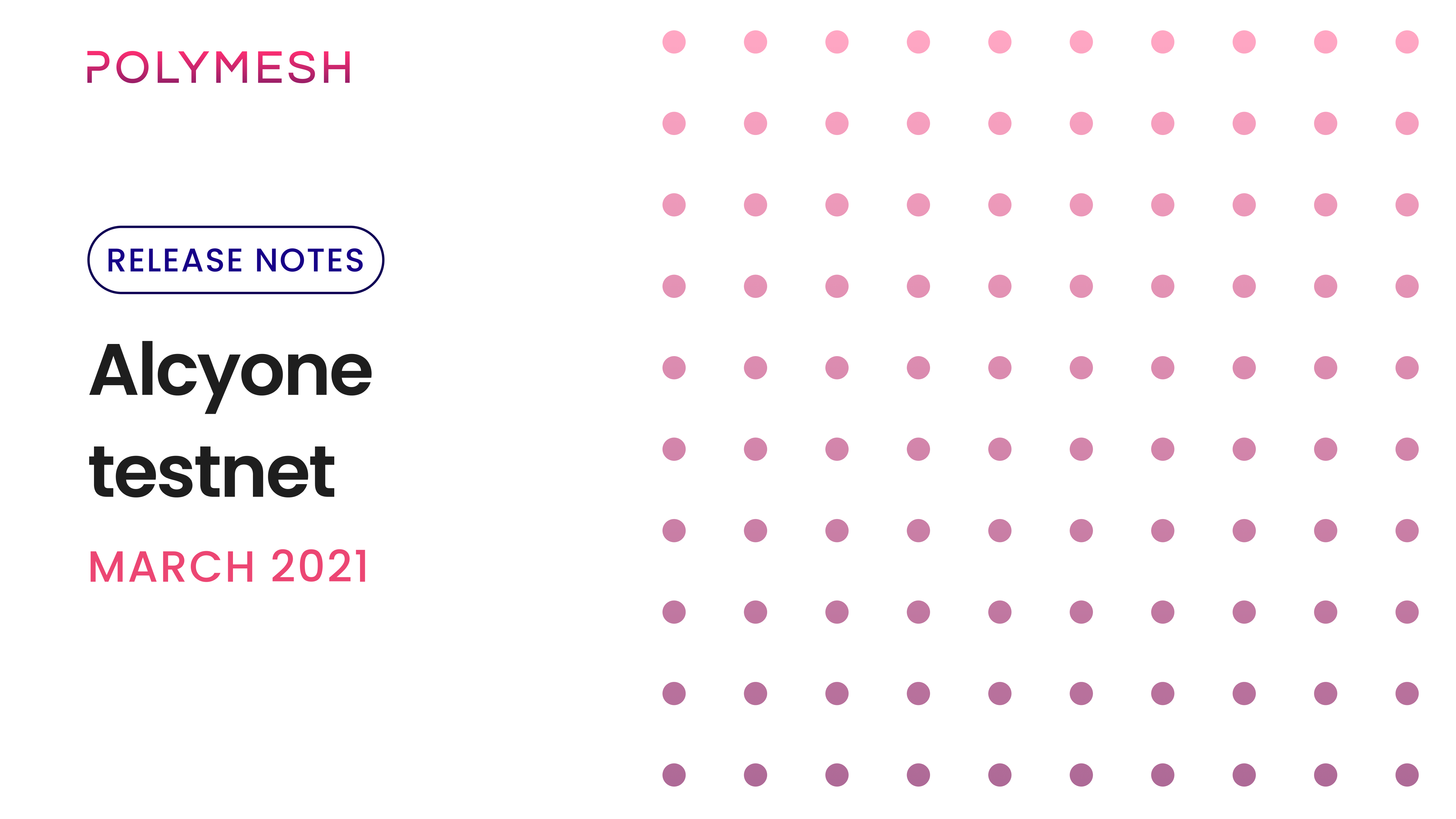 The Polymesh releases for March bring key features to the chain, some familiar from Token Studio on Ethereum, and some new to Polymesh. Each feature is ready to test on the Alcyone testnet.

Uses the power of blockchain to simplify the creation and receipt of corporate actions like dividends. Issuers can easily schedule record dates (checkpoints) of their tokenholders and set capital distributions using the ALCY testing stablecoin for the future, with the ability to withhold taxes and exempt tokenholders in the process. Corporate actions on Polymesh reduce time and administrative costs, leading to more effective distributions, and open the door to future improvements like tokenholder communications and other types of capital distribution.

To test this feature, go to the Corporate Actions tab in Polymesh Token Studio.

Advanced token rules allow an issuer to count and limit tokenholders based on the compliance requirements of their jurisdiction. It comes in two forms:

Once set, Polymesh automates these rules, managing to your specifications.

To test, create and configure a token in Polymesh Token Studio.

Each of these Polymesh features are released and available to test on the Alcyone Testnet through the dApp links above.

Looking for a feature that has yet to be released or have feedback on what you’ve already seen? Tell us more about what you think.