The interwoven set of mechanics for how the network protocol token, POLYX, is used on the blockchain.

POLYX enables the creation and management of security tokens, drives POLYX holder participation through governance, and secures the chain through staking. Tie these pieces together and an ecosystem emerges on Polymesh with POLYX at the centre. 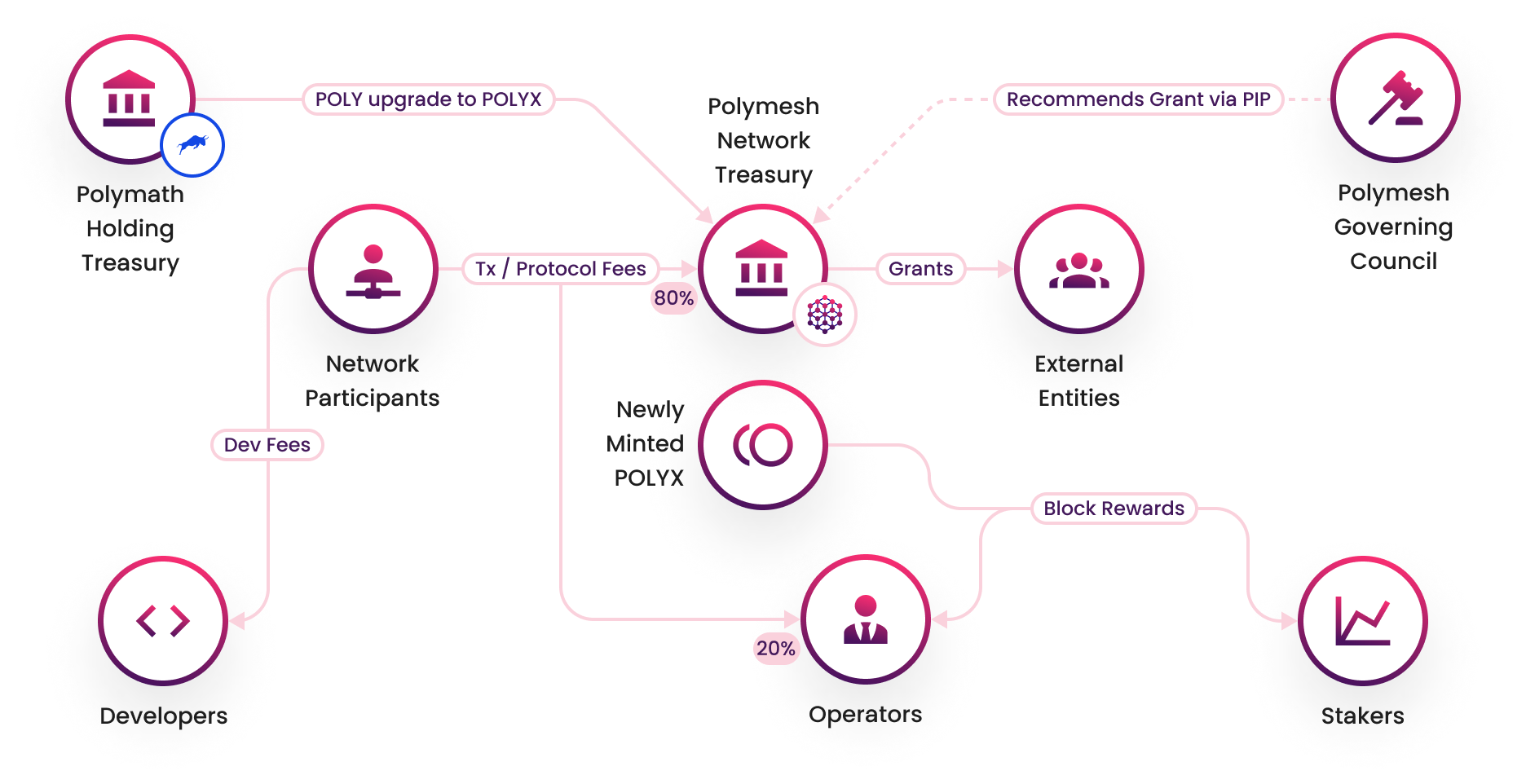 The Polymesh Network Treasury exists to maintain the network and grow network adoption. It is maintained and managed by the on-chain governance process overseen by the Polymesh Governing Council, accumulating a store of POLYX over time for different community uses.

How is it funded?

The Network Treasury is funded in 2 ways:

What do funds do?

Network Treasury funds will be disbursed by the Polymesh Governing Council upon approving Polymesh Improvement Proposals (PIPs). For the most part, these funds can be used in 2 ways:
‍Improving the network
Funding complementary technology, new features, or other maintenance-related tasks
Securing the network
Staking node operators as evaluated by the Polymesh Governing Council

Fees are charged in POLYX for all chain uses. Fees are split between the Network Treasury and node operators, or developers who add to the chain with customized functionality. They also operate to protect the chain from DOS or spam attacks.
‍
There are 3 classes of fees.

Fees charged for transactions on Polymesh are the product of transaction size (in bytes) and the complexity of the transaction, but otherwise charged regardless of the functionality used. Fee payment is split at a 4:1 ratio between the Network Treasury and block-creating node operator.

Protocol fees are charged for certain types of native functions (e.g. reserving a token ticker) and set by the Polymesh Governing Council. Fee payment is split at a 4:1 ratio between the Network Treasury and block-creating node operator.

Not yet activated for Polymesh, developer fees are charged and set by developers of smart contracts and smart extensions. Details on the specifics of the mechanism, fee split, and more will be determined through the on-chain governance process.

The Network Treasury disburses grants used to bolster important developments to Polymesh and the activities supporting it. Developers who provide an answer and solution to a specific Request for Proposal, or even address unsolicited solutions, may be provided a grant in the form of POLYX.
‍
Grants and their associated development requirements will be managed by the Polymesh Treasury Committee. 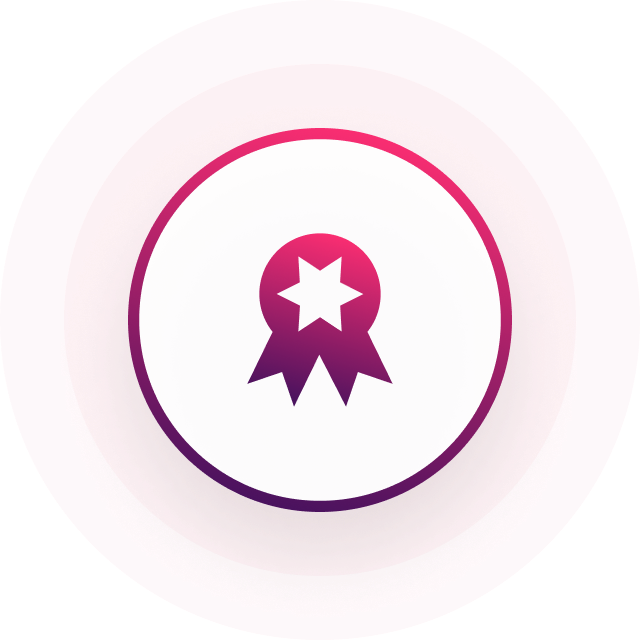 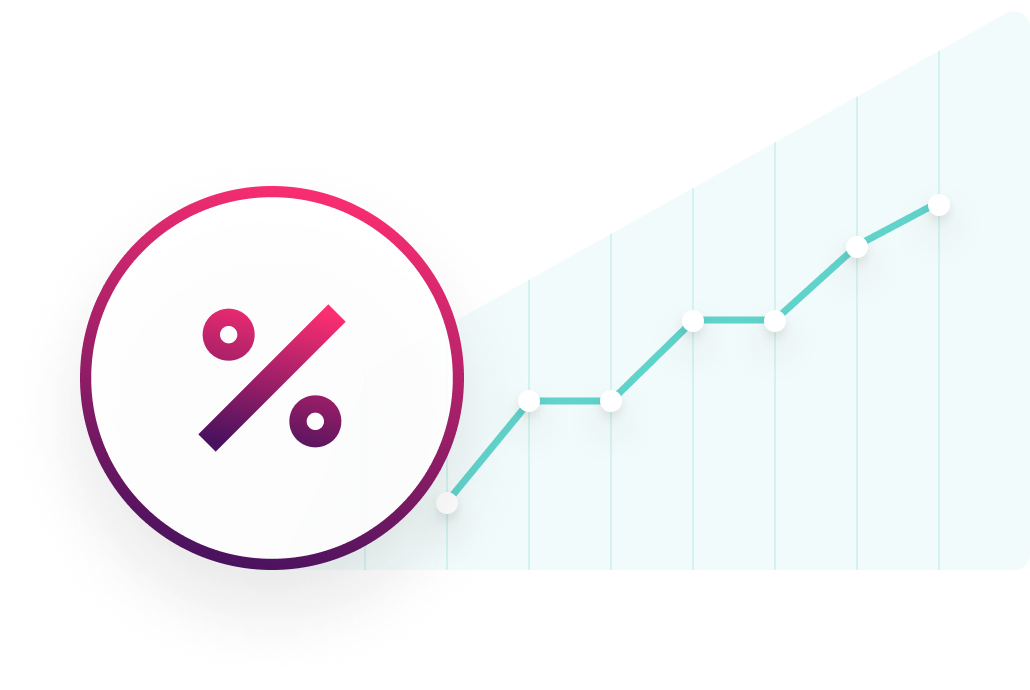 Staking secures the network by aligning the economic incentives of node operators and stakers to the correct operation of the chain through rewards and penalties denominated in POLYX. It’s an important aspect of the nominated proof-of-stake consensus mechanism, which defines which blocks get written to the chain as well as the roles, rules, and incentives of Polymesh.
‍
On Polymesh, node operators and stakers work together with stakers backing node operators of their choice with POLYX. Both are either rewarded or fined based on the node operator’s performance running their node (i.e. keeping their node online; writing blocks to the chain per the rules of Polymesh). Stakers can be any POLYX holder whose identity has been verified through a customer due diligence process.

Staked POLYX may be simultaneously used to signal support in Polymesh Governance.

Block rewards and fines are essential to Polymesh’s nominated proof-of-stake consensus mechanism and therefore proper chain operation.
‍
For each block created, the authoring node operator is rewarded in POLYX along with their stakers. Failure to meet the performance standards of the chain, however, could lead to node operators being fined in POLYX. Stakers may also be fined pending Governing Council approval.

Rewards and fines are calculated and enacted per era (every 24 hours).

The total block rewards pool per era is a product of the nominal rewards rate and the total POLYX staked on node operators.

The severity of fines on Polymesh is based on the amount of offending node operators across the chain.