← Back to blog posts
Developers
November 25, 2020
Link copied to clipboard

Learn about new features added to the Alcyone testnet for Polymesh in November 2020 including portfolios, transaction failure feedback, and the latest Governance update. 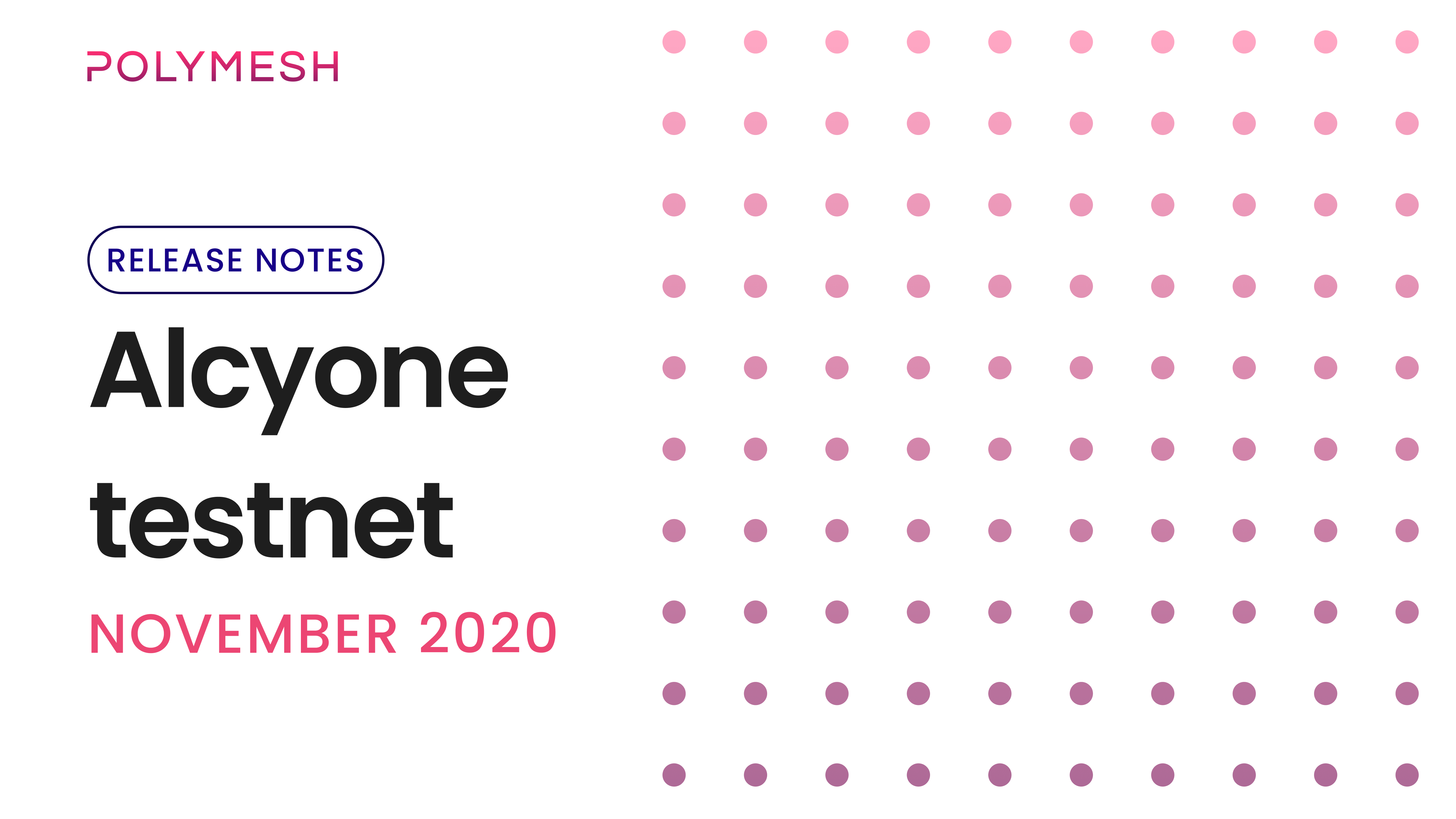 The Polymesh Governance updates include two key adjustments to the mechanics of how Polymesh Improvement Proposals (PIPs) work on the chain:

Test these updates on Polymesh Governance.

Users can group and divide assets into portfolios to be managed together rather than asset by asset. This is a precursor to portfolio-level admin access, coming next month.

Test Portfolios on the Polymesh Dashboard.

An ongoing challenge with security tokens on general-purpose blockchains is related to transaction failures; transactions fail if they don’t pass compliance checks, but information is not provided as to why, leaving users in the dark. Needless to say, this lack of information is yet another hurdle to users embracing blockchain and security tokens.

The Polymesh blockchain includes information on why transactions fail. So, whether a user is outside an allowable jurisdiction, or simply trying to purchase more security tokens than they are allowed by regulation, they can understand why their transaction is failing and if there is anything they can do to adjust it. Test Transaction Failure Feedback on the Polymesh Dashboard or Polymesh Token Studio.

Each of these Polymesh features are released and available to test on the Alcyone Testnet through the dApp links above.

Looking for a feature that has yet to be released or have feedback on what you’ve already seen? Tell us more about what you think.