← Back to blog posts
How-tos
November 17, 2021
Link copied to clipboard

Getting started with Polymesh: from installing the Polymesh Wallet to obtaining POLYX

Here we cover the 3 key steps to getting started with Polymesh: installing the Polymesh Wallet, onboarding as a verified user, and swapping POLY tokens for POLYX. 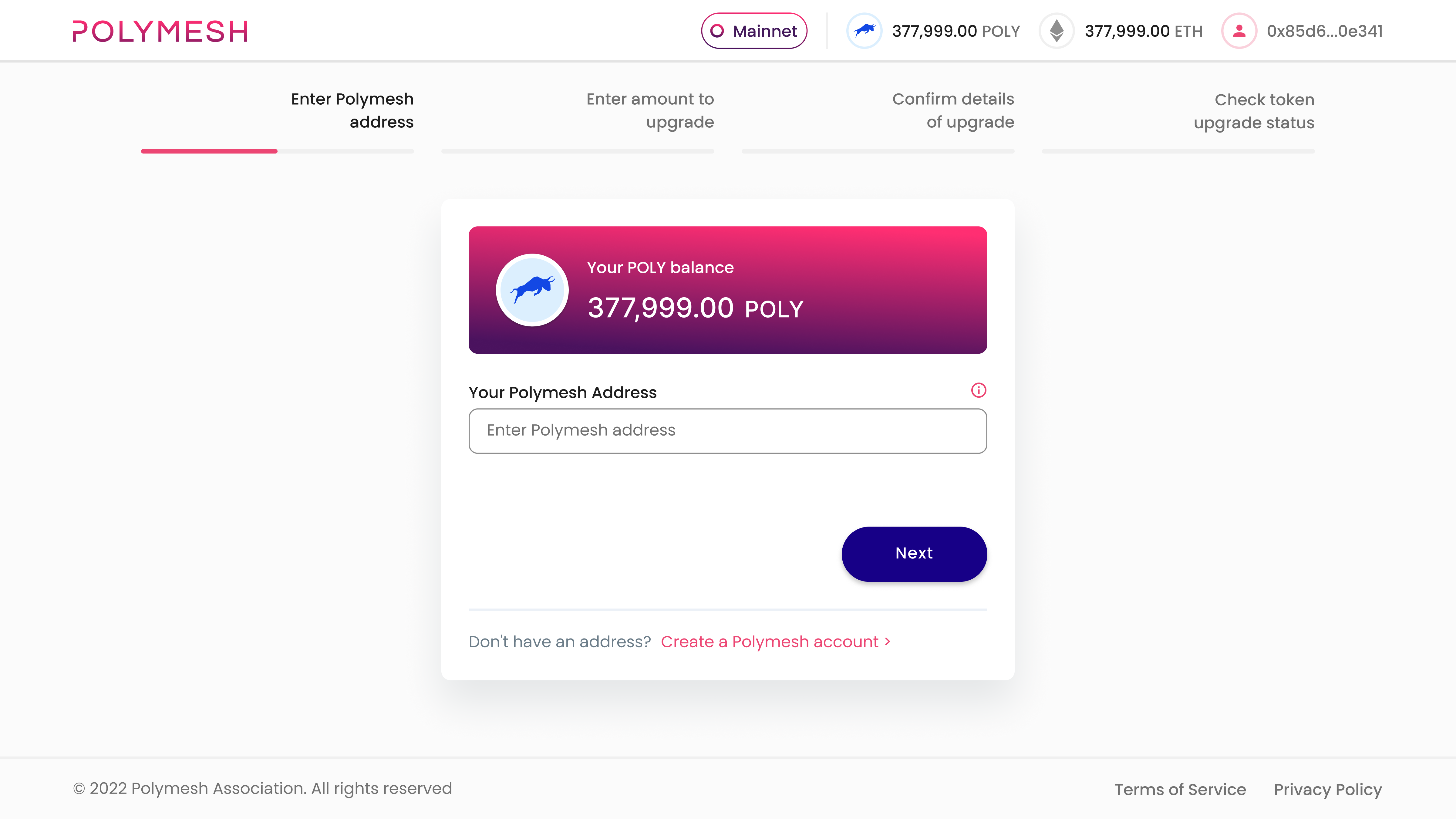 Now that Polymesh is live, we want to ensure everyone is equipped to use the chain. For those who did not get a chance to use the Polymesh Incentivized Testnet, the idea of accessing the chain might feel daunting, but don’t worry! Getting started with Polymesh is incredibly easy.

Overall, there are three key steps to getting started:

Read on for an overview of each step.‍

Step 1: Getting the Polymesh Wallet

The fastest way to begin using Polymesh is to create an account with the Polymesh Wallet extension for Google Chrome. The Polymesh Wallet allows users to conduct operations on the chain through a simple, non-technical experience that focuses on usability.

Created as a browser extension, the Polymesh Wallet is a self-hosted wallet solution that enables your browser to interact with the Polymesh network. It holds local copies of account information and confidential signing keys, and prompts users for secure confirmation as they interact with Polymesh distributed apps (dApps).
‍

Getting the Polymesh Wallet is easy and involves 2 basic steps:

With the Polymesh Wallet, you’ll be able to:

Step 2: Onboarding as a Verified User

Before you can begin using the network, you’ll need to verify your identity during onboarding. As a permissioned blockchain built for regulated assets, Polymesh was built with identity at its core and requires every user or entity to pass an identity verification check through one of its third-party customer due diligence (CDD) providers. The CDD provider verifies the information a user provides and confirms the user is who they say they are.

Identity verification is a requirement for all users on Polymesh, whether issuers, investors, node operators, or stakers.

To learn more about CDD on Polymesh, visit the developer blog.

To use the Polymesh blockchain, you’ll need to use POLYX.

POLYX is the native token for the Polymesh blockchain, meaning it is inherent to the blockchain’s protocol and distinct from the on-chain tokens that can be issued on top of it. As the network protocol token, POLYX is used for network transaction fees, as well as a whole range of other functions. We like to think of POLYX as the fuel of Polymesh; it’s required to conduct operations on-chain, enables user participation through governance, and secures the chain through staking.

Currently, the main mechanism to build the supply of POLYX is through the one-way POLY to POLYX Bridge. The bridge allows users to upgrade their Ethereum-based ERC-20 POLY token to POLYX on Polymesh at a 1:1 ratio (i.e. 1,000 POLY = 1,000 POLYX). Read more about the POLY to POLYX bridge here, or check out our knowledge base guide for instructions on how to use it.
‍

For more on how to get started, visit the developer portal.