The Polymesh Ledger App is now available on Ledger Live in developer mode, enabling you to use Ledger's hardware wallet to store and manage POLYX tokens and interact with the Polymesh blockchain. 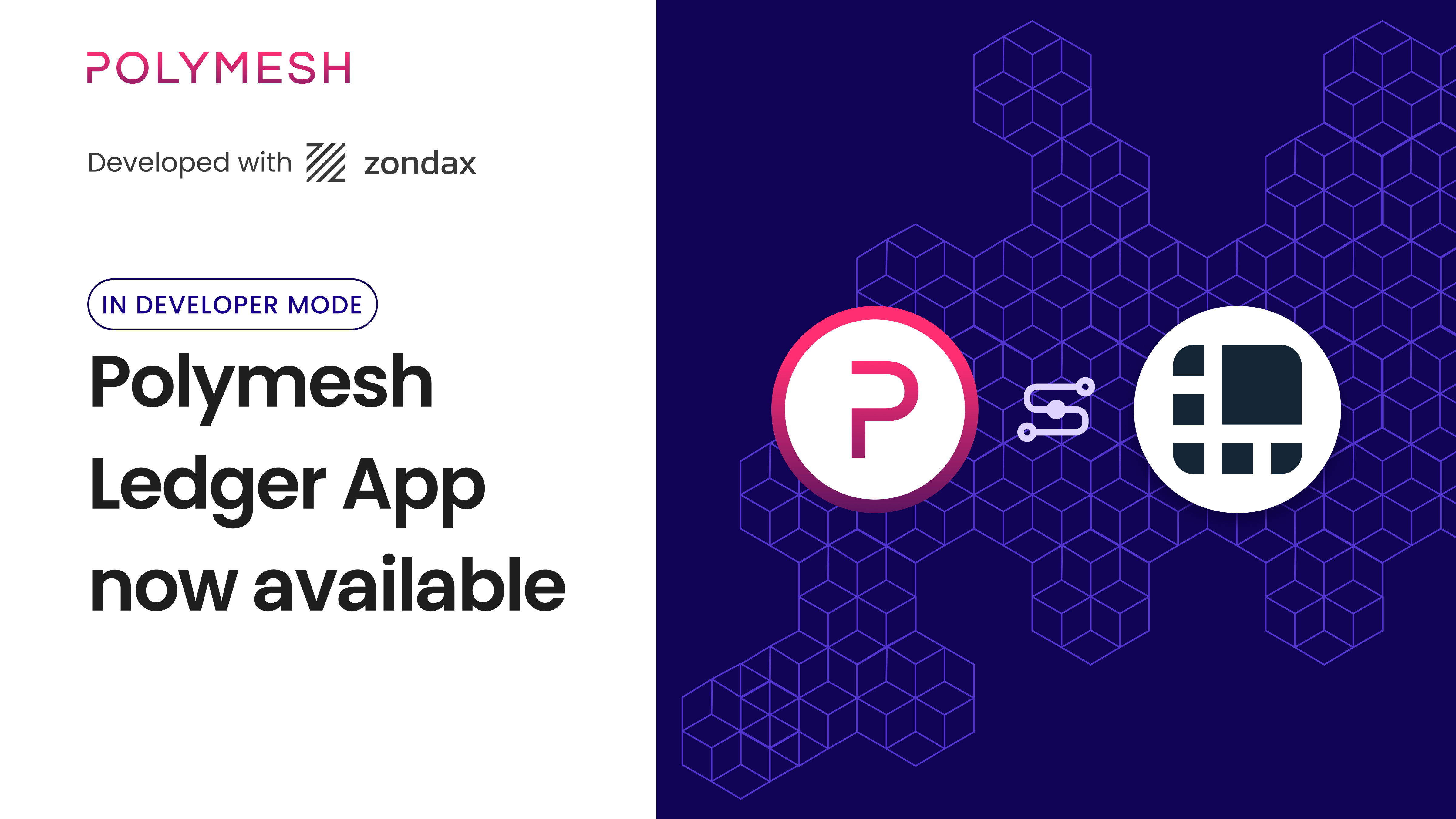 We're excited to announce that the Polymesh Ledger App is available on Ledger Live in developer mode. Ledger hardware wallets keep the private keys of users secured in “cold” storage (offline) and allow Polymesh users to store and manage POLYX tokens and interact with the Polymesh blockchain. Zondax, a technological partner of Polymesh, has developed the Ledger App.

The initial review of the Polymesh App by Ledger has been completed. This means that the Polymesh community can start using the Ledger app in developer mode to securely store their private keys on their Ledger Nano X and S.

While similar to other offerings on Ledger, the Polymesh Ledger App supports over 150 transaction types, whereas average conventional apps only support 5 or 6. The Polymesh app provides support for most of Polymesh's pallets and functions, including batched calls and multiple runtimes support. For a complete list of supported pallets, take a look at the README.

The full (or XL) version has all the (advanced) features that the Polymesh Ledger App has to offer. This version takes up more space, hence is recommended specially for the Ledger Nano X and for more advanced users.

To activate Developer Mode, open Ledger Live and go to Settings (via the gear icon on the top right):
‍

Once you’re in Settings, go to the “Experimental features” tab and toggle on “Developer mode”.
‍

Once this is done, apps that have been published in developer mode will show in the application catalog. For more information on how to use the Ledger App, please consult the instructions.

In the following weeks, the Polymesh Ledger App will be released publicly in the Ledger App store, which means the app will be accessible without developer mode enabled.

Guaranteeing quality and security of the Ledger App

Zondax has a lot of experience in building Ledger applications and works with a dedicated process to ensure quality and safety of each application. Starting from a solid codebase at the core of each application, they add custom functionalities as required. Each additional functionality is checked with continuous integration and tested thoroughly using unit tests. Device outputs (including data shown on the ledger screen) are then cross-checked with a large number of test vectors to ensure consistency of the application with its integration.

Finally, there are complete end-to-end integration tests (also in CI) using Ledger’s emulator software. These ensure correctness when running the application on the device. On top of this, Zondax also manually tests using real dedicated test devices. When all of these checks are done, they run fuzzers to find any last remaining weak spots, if they exist. Zondax is proud to say that over 15 applications they helped build are successfully reviewed by LedgerHQ.