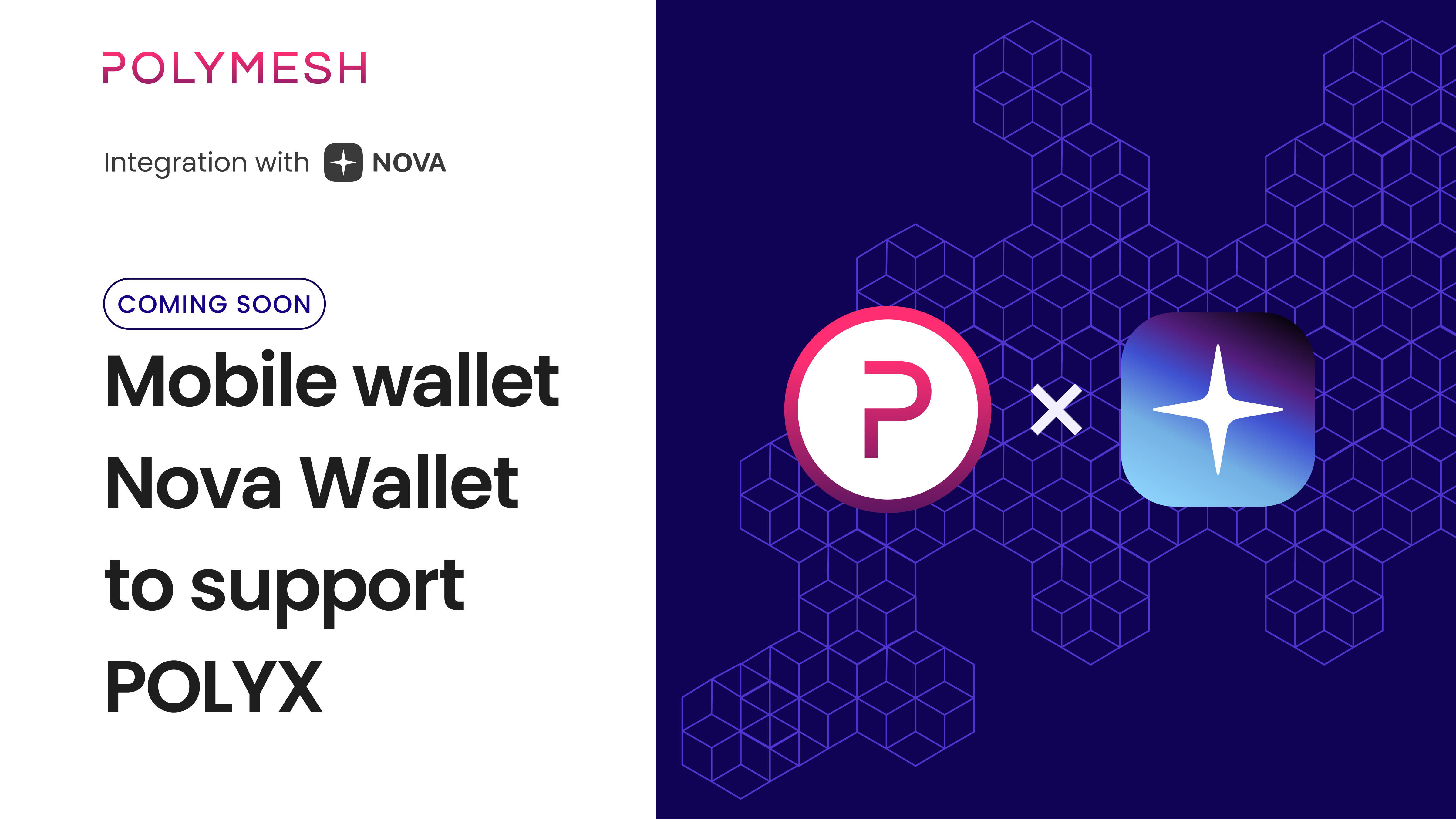 Nova Wallet is a user-friendly cryptocurrency wallet for tokens issued on blockchains that use the Substrate framework, such as Polymesh. The Polymesh-Nova integration will add POLYX to the list of 110+ tokens supported by Nova Wallet across 57+ blockchain networks in the Substrate ecosystem, benefiting Polymesh by providing users with another way to hold POLYX while building a bridge to this multi-chain environment.

Nova’s support for POLYX is a sign that Polymesh adoption is picking up among the space. It also exemplifies Polymesh’s capacity for connection to the wider Polkadot/Substrate ecosystem, which has experienced incredible growth over the last few years- enough to signify developers’ rising preference for the ecosystem over Ethereum.

With POLYX supported by Nova Wallet, Polymesh users will have the option to access their Polymesh keys by Nova’s self-custodial mobile app for iOS/Android in addition to the Google Chrome-based Polymesh Wallet. Should users want extra security to keep their keys safe, Nova Wallet is hardware-wallet integrated with both Parity Signer and Ledger.

“Nova’s core values around security, transparency, and community are closely reflected by Polymesh’s project, which stands out in both the Substrate ecosystem and wider space as the only layer-1 blockchain built specifically for regulated assets”, said Anton Khvorov, Founder and CEO of Novasama Technologies. “We’re very excited to bring our powerful wallet solution to the highly-engaged Polymesh community and help users manage their POLYX tokens on mobile”.

“The Polymesh Association appreciates how committed Nova is to spearheading blockchain adoption by building a multi-chain world through their mobile wallet in which user experience is paramount”, said Graeme Moore, Head of Tokenization at the Polymesh Association. “We’re excited to have another connection to the Substrate-based ecosystem through Nova’s user-friendly application.”

POLYX is the native token on Polymesh and required for many on-chain functions. Token holders can use POLYX to create and manage security tokens, participate in on-chain governance, and help keep the chain secure and operational through staking.

For more on POLYX, visit polymesh.network/polyx

Nova Wallet is a next-gen iOS/Android application for the Polkadot & Kusama ecosystem, which provides the ultimate mobile wallet experience! Supporting over 50 networks and assets, NFTs, extensive DApp support (for both Substrate & EVM), Crowdloans, and staking of assets including DOT, KSM, GLMR, MOVR, AZERO, PDEX, CAPS and TUR! Nova Wallet is a community-orientated app which is funded by the Kusama Treasury, and we aim to provide a convenient, fast, and secure wallet experience on mobile devices.