Marketplace lending platform Marketlend has become permissioned as a CDD provider on Polymesh to perform identity verification for its clients and will use Polymesh for future issuances! 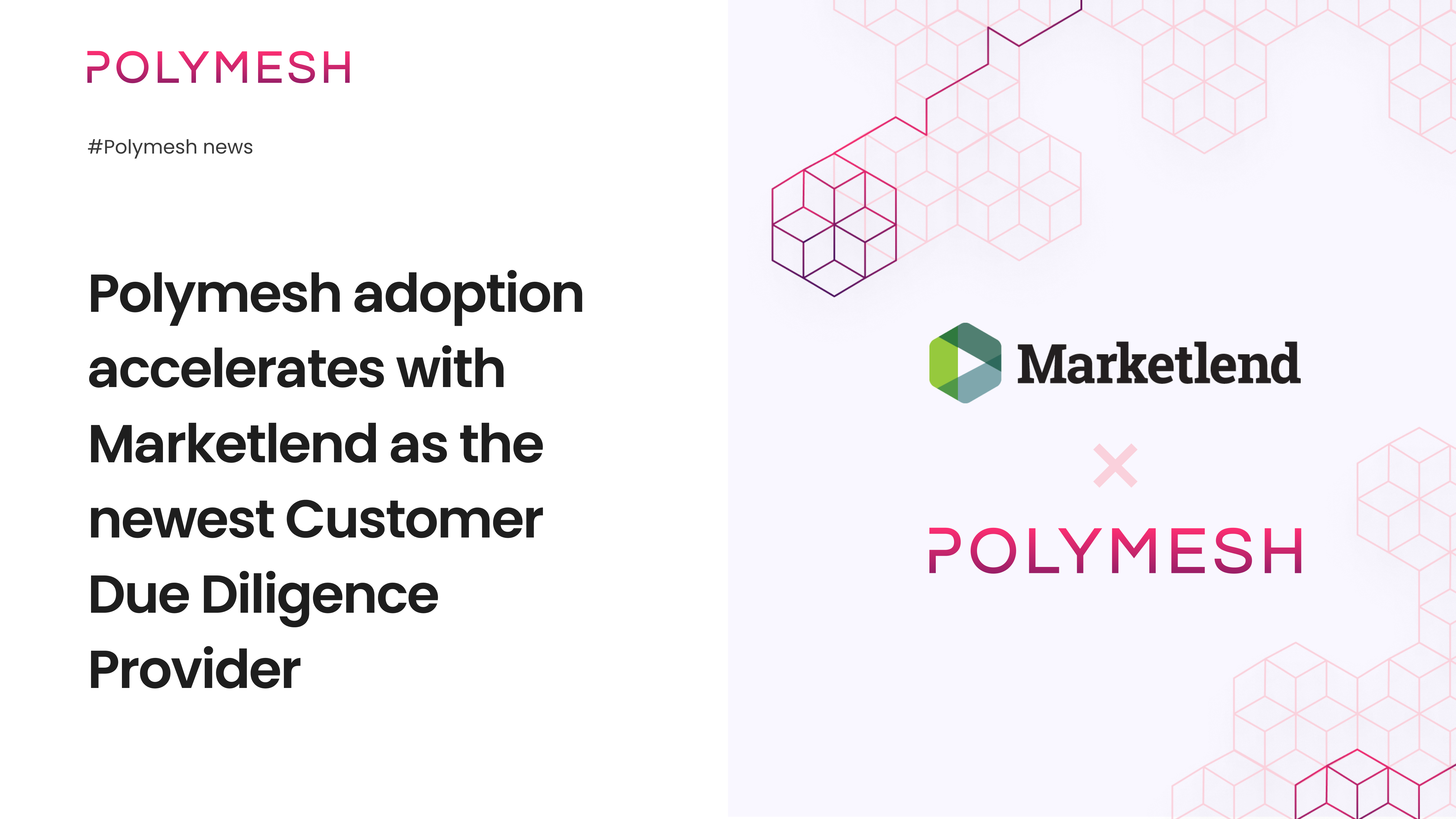 The Polymesh Association is excited to announce that marketplace lending platform Marketlend is now performing identity verification on Polymesh and will use Polymesh for future issuances!

Marketlend has been permissioned as a customer due diligence (CDD) provider to onboard its own clients, so that Marketlend’s users can onboard to Polymesh directly with Marketlend. Marketlend is the first company to request permission to onboard new users to Polymesh exclusively for its own ecosystem and a prime example of how Polymesh can be flexibly integrated by institutions to best meet their own needs.

Marketlend, which has been a Polymesh node operator since launch, has facilitated the issuance of loans worth $710 million+ from SMEs to investors and completed 4 security token offerings using ERC-1400 since the platform was founded in 2014. As a CDD provider on Polymesh, Marketlend is now capable of providing its clients – primarily issuers and investors of trade credit investments – with a seamless switch to using Polymesh and better equipped to enforce various gate-keeping layers across the asset lifecycle.

The move is exciting as it shows adoption is accelerating and brings value to the blockchain via tokenized assets, as Marketlend intends to onboard clients to Polymesh and issue tokens on Polymesh.

“As a node operator since Polymesh’s testnet days, we confidently vouch that Polymesh’s infrastructure is best-in-class when it comes to tokenizing financial instruments“ says Leo Tyndall, Founder and CEO of Marketlend. “We’re delighted to deepen our relationship and look forward to future issuances on Polymesh.”

“Marketlend has a strong track record for embracing tokenization, showcasing the benefits of streamlined operations and new features”, says Graeme Moore, Head of Tokenization at the Polymesh Association. “We’re thrilled to have them heavily involved in Polymesh as a node operator, tokenization platform, and now a CDD provider.”

Companies interested in becoming permissioned as a CDD provider on Polymesh can get in touch with us here.

Marketlend is an Australian-based marketplace lending platform that optimises SMEs cash flow by providing trade credit to SMEs in the form of short-term lines of credit, supported by security (invoices or inventory) and trade credit insurance.Marketlend offers four types of line of credit solutions, ranging from debtor finance, supply chain (UnLock, which is a buy now pay later (BNPL) business product) and a simple line of credit secured on the company’s assets.