Polymesh adoption is growing! POLYX holders can now use Dfns as a third-party custodial wallet provider to make sure their POLYX is safe-kept with respect to existing crypto market regulations. 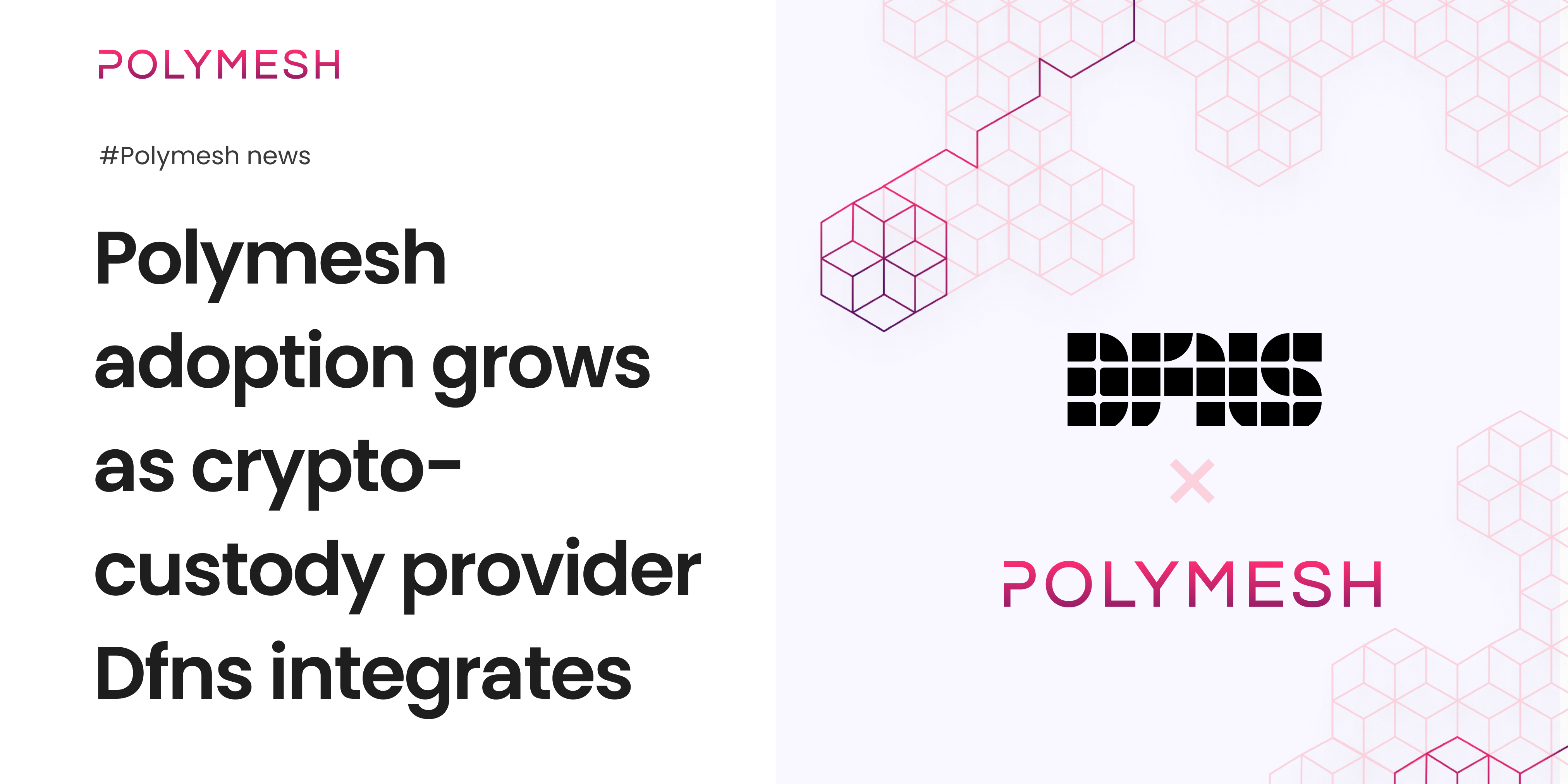 Polymesh adoption is growing! We’re thrilled to share that European crypto-custody solution Dfns is the latest industry player to adopt Polymesh and is now offering custodial support for POLYX.

POLYX holders can now use Dfns as a third-party custodial wallet provider to make sure their POLYX is safe-kept with respect to existing market regulations, and to send, deposit, and manage assets on Polymesh with extra security.

The collaboration will widen Polymesh’s customer base by providing token holders worried about looking after their own tokens with the option to take advantage of Dfns’ bank-grade custody infrastructure.

Blockchain promises to transform finance by increasing transparency, efficiency, and freedom, but the issue with private keys tests institutional faith in the technology. There’s hesitation to use the technology because wallet access relies on a private key; losing the private key means losing all of your money.

Dfns tackles this issue with keyless custody. It uses one API to enable its clients to generate wallets at scale, manage configurable accounts, sign transactions at high speed, set up business rules, monitor network status in real-time and more without worrying about losing their private key.

“Giving banks, investors, and companies the freedom to enter blockchain-based markets requires making blockchain less complicated and more frictionless“ says Clarisse Hagège, CEO and Founder of Dfns. “We’re very happy to work with Polymesh to reduce friction for investors on-chain and increase their comfort in holding POLYX, and we look forward to integrating with Polymesh further in the future”.

Founded in 2020, Dfns is a Techstars-backed startup incubated at Station F (where it won Future 40) and a recognized deeptech by the French Ministry of Economy and Finance. Its mission is to give financial institutions and businesses–from large traditional banks to fintechs and e-commerce sites–the freedom to own and transfer crypto assets on a battle-designed security infrastructure.

“Dfns’ bank-grade custody infrastructure shows a dedication to security that sits at the heart of Polymesh’s own core values as an institutional-grade blockchain for regulated assets” says Graeme Moore, Head of Tokenization at the Polymesh Association. “It’s our pleasure to collaborate with Dfns to bring issuers and investors on Polymesh extra peace of mind”.

Since its launch in October 2021, Polymesh has witnessed increasing interest on behalf of institutions and industry players. The integration with Dfns is one of multiple custodial integrations on Polymesh taking place in early 2022 and is evidence of significant early interest in the blockchain.

Dfns is a cybersecurity company that builds custody* SaaS protocol for web3 apps. They are building a developer tool that provides secure cloud for crypto. Their mission is to bring serenity to DeFi by eliminating new blockchain risks and making crypto transactions easier, faster, more affordable, and compliant with existing regulations.