The Polymesh Association is proud to officially unveil the Polymesh Ecosystem Development Fund (EDF), equipped with $10 million USD to flexibly distribute in grants to projects determined of value to the Polymesh ecosystem. 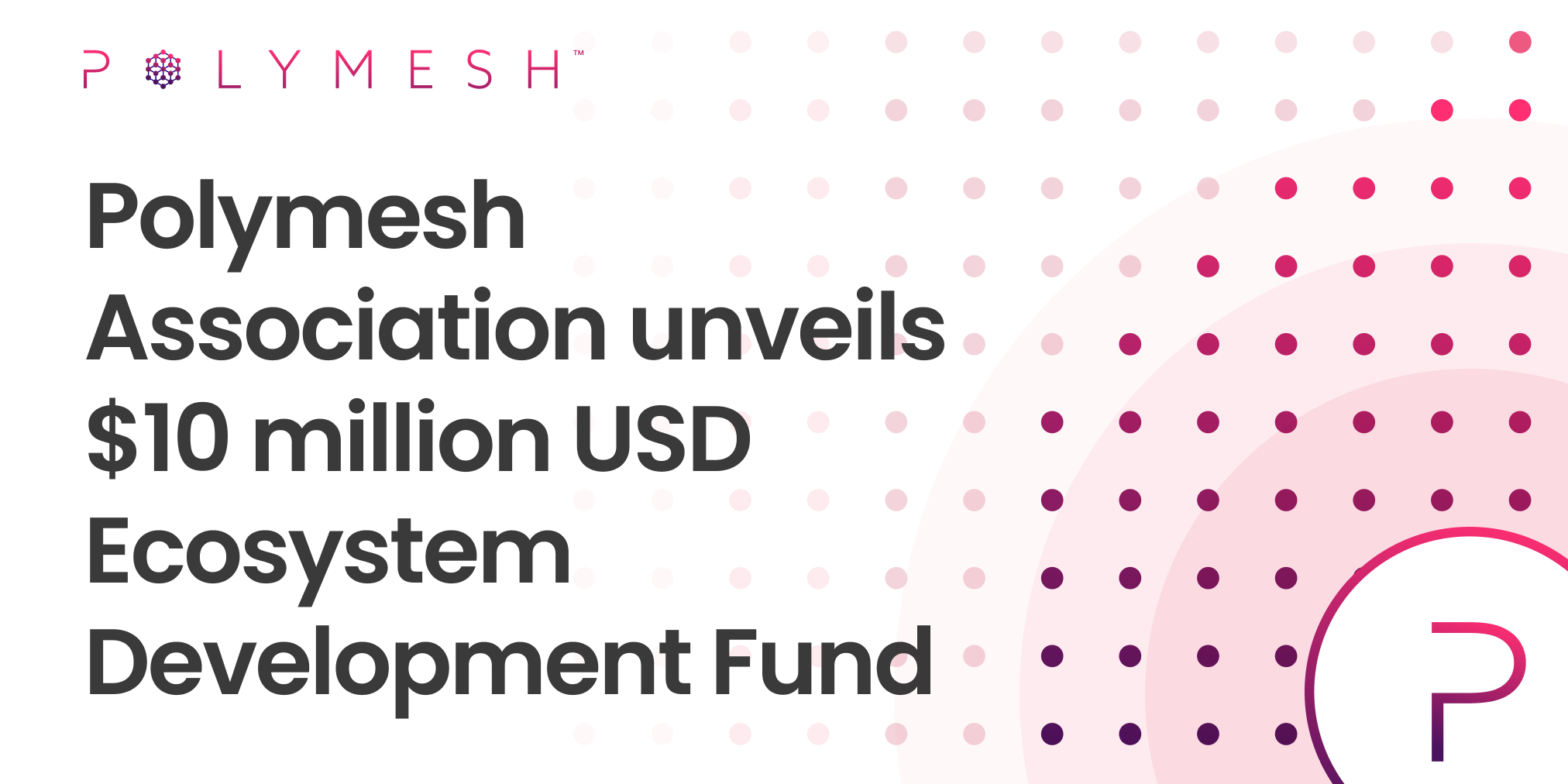 The Polymesh Association is proud to officially unveil the Polymesh Ecosystem Development Fund (EDF), equipped with $10 million USD to flexibly distribute in grants to projects determined of value to the Polymesh ecosystem.

This announcement comes just two weeks after Polymesh’s native token POLYX was listed on Huobi, one of the world’s largest cryptocurrency trading platforms.

The EDF will help drive global adoption of Polymesh as the premier institutional blockchain for regulated assets by incentivizing companies to build, integrate, and utilize Polymesh’s industry-leading infrastructure.

The EDF is one of two funds established by the Polymesh Association. The other is the Polymesh Grants Program, which offers 50 million POLYX in grants to developers building open source features and functionality on Polymesh. Unlike the Grants Program, however, the EDF does not mandate companies to make their software open-source.

While the Polymesh Association is open to applications for any value added service, particular focus will be placed on cultivating an ecosystem that can enable the full lifecycle of a token. Priority categories include security token portals, broker dealers and alternative trading systems, transfer agents/registrars, custodians, and security token exchanges/liquidity providers.

“The Ecosystem Development Fund delivers two benefits to service providers. Successful applicants not only receive funding but they can also attract clients by adding a Polymesh integration to their roadmap," explained Graeme Moore, Head of Tokenization at the Polymesh Association. “We encourage any company providing security token products and services to apply and we welcome them to our rapidly growing ecosystem”

More information about the Ecosystem Development Fund and application process can be found at polymesh.network/ecosystem-development-fund.