The premier public blockchain for security tokens – Polymesh – officially went live on October 28th, 2021 when its genesis block was launched by the Polymesh Association. 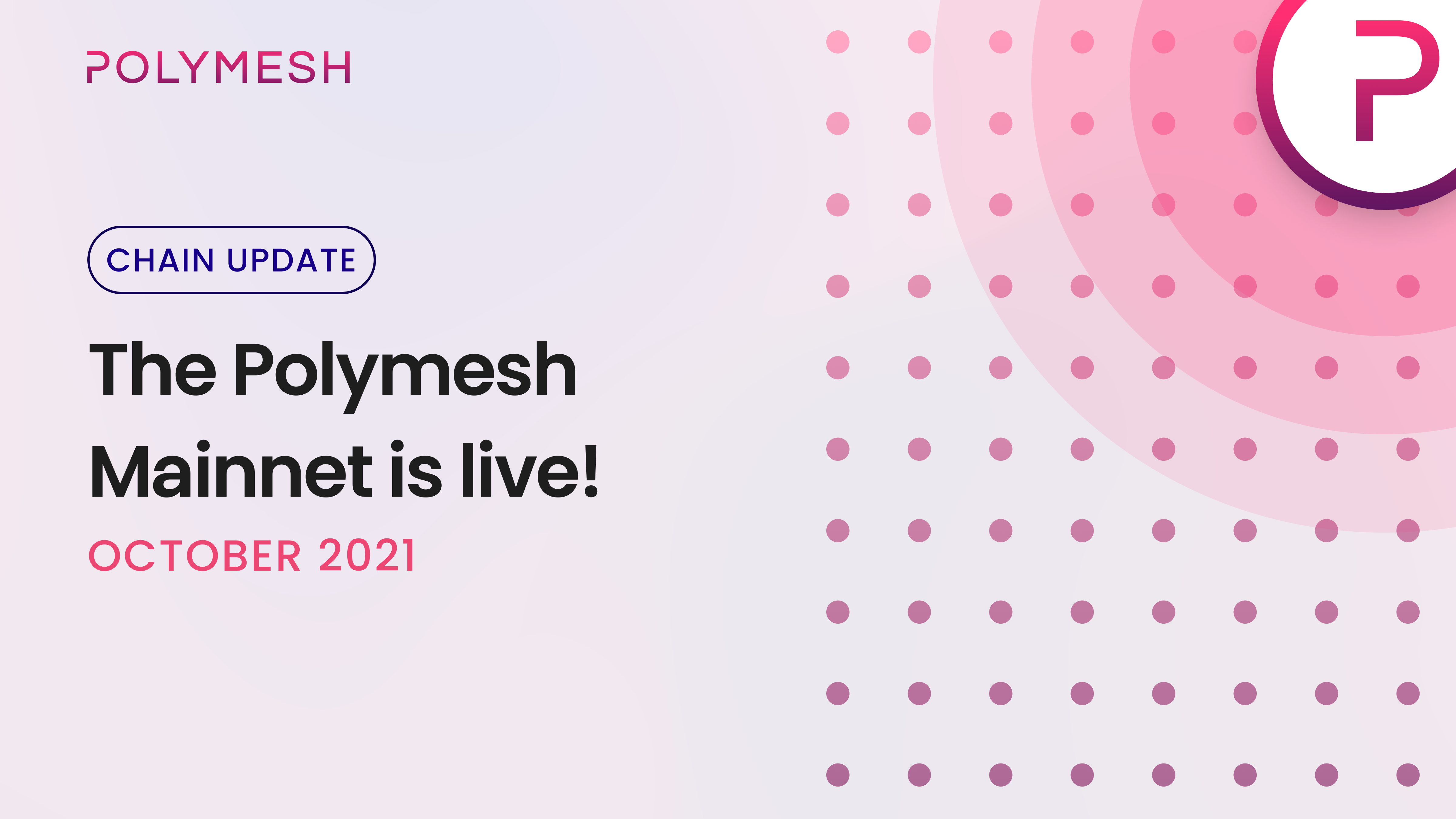 Polymesh went live today on October 28th, when its genesis block was launched by the Polymesh Association. To ensure everything is running smoothly, there will be an internal testing period before UIs (including onboarding) go live for users. In the meantime, you can monitor activity using the Polymesh Stats Page and Polymesh Block Explorer.

Polymesh is deployed by the Polymesh Association, a not-for-profit association based in Switzerland whose mission is to promote the development and adoption of the Polymesh protocol and ecosystem.

To fulfill its mission, the Association will be equipped with $8 million USD and 250 million POLYX to offer grants and incentives. POLYX is the native protocol token on Polymesh and is a FINMA regulated utility token.

As part of the launch process, the Polymesh Association is deploying a one-way 1:1 POLY:POLYX upgrade bridge for users to upgrade POLY to POLYX. Aside from the bridge, there will be no newly minted supply except for rewards as part of the proof of stake consensus process.

Want to be the first to know when UIs go live? Subscribe to our newsletter and follow us on our socials.