← Back to blog posts
Community
April 13, 2022
Link copied to clipboard

Polymesh POAPs – have you claimed yours yet? | Polymesh

Learn about Polymesh POAPs and why you might want to begin collecting them. 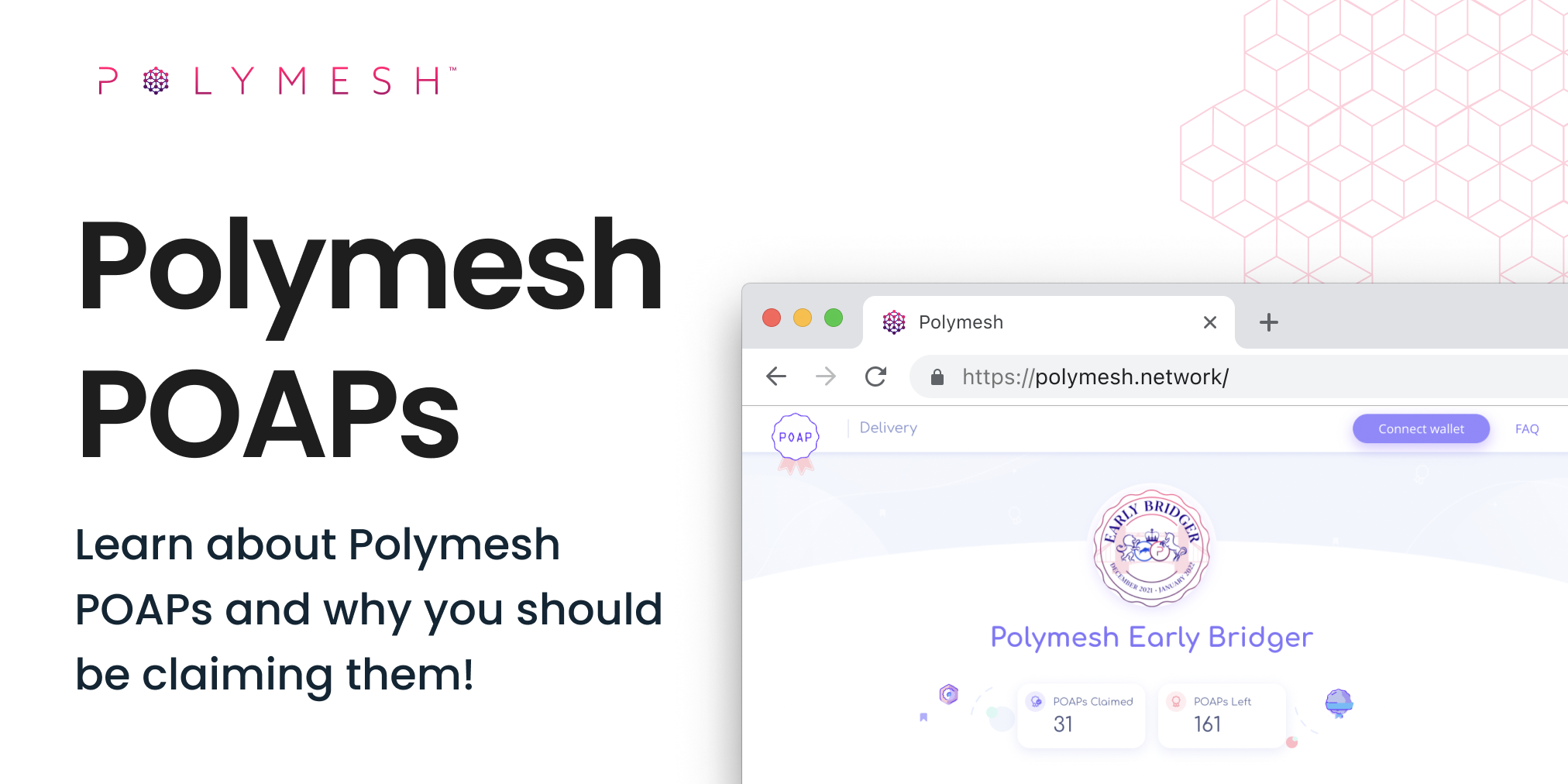 A POAP (Proof of Attendance Protocol) is a unique badge minted to the blockchain, issued as an NFT. Designed to be digital mementos for life experiences, POAPs let collectors build a tapestry of tokenized experiences to prove the places they’ve been, whether virtual or real-world (and earn bragging rights along the way!).

But there’s another compelling reason to collect POAPs: aside from showing off a user’s event participation, POAPs also unlock possibilities for more exclusive engagement.

POAPs have been used by blockchain communities for qualifying airdrops or to offer exclusive perks purely for POAP-holders, and there’s also been talk of using POAPs like a blockchain resumé when hiring into community-driven entities like DAOS (Decentralized Autonomous Organizations).

In the future, Polymesh might also offer exclusive opportunities for community POAP holders, which is why it would be a good idea to begin collecting them!

Currently, Polymesh POAPs are available to claim for anyone who bridged POLY to POLYX through the upgrade bridge before April 2022:

In February 2022, we offered the community a chance to help create our next POAP for February and March Bridgers, for a chance to win 500 POLYX if their design was chosen.

Huge congrats to the winner of the contest @MG_6197!

Introducing a very special #POAP... the Polymesh Bridger Community Edition featuring a design from you!

CLAIM IT NOW at https://t.co/c2PjGmsCzr

and show your support for @MG_6197 who came up with the winning design - we love it! 🅿️#POLYX #DeFi #cryptocurrency #blockchain pic.twitter.com/4laN7WW1wh

Don't want to miss a future Polymesh POAP? Make sure you're following @PolymeshNetwork on Twitter or subscribe to our newsletter for updates directly in your inbox.