← Back to blog posts
The blockchain
December 5, 2022
Link copied to clipboard

Polymesh requires fees in POLYX for every on-chain transaction, and certain native functions have additional fees called protocol fees. Fees are split between node operators and the Network Treasury. 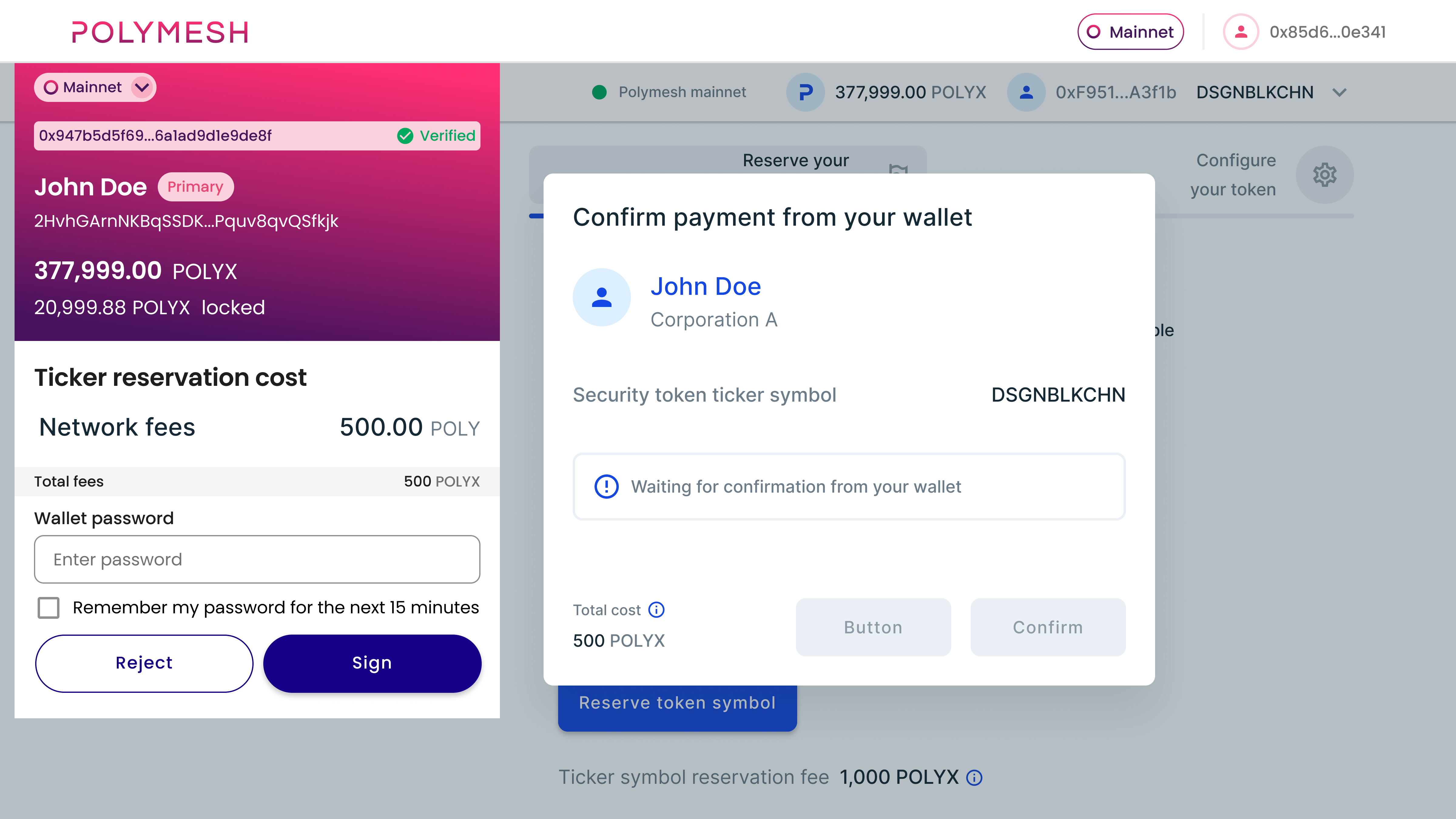 One of the primary uses for POLYX on Polymesh is for paying fees.

Fees are charged in POLYX for all chain uses. Fees on Polymesh help to incentivize the growth and adoption of the ecosystem while also operating to protect the chain from denial-of-service or spam attacks.

This blog post takes a look at the types of fees on Polymesh, how they are determined, and who receives the funds.

What kind of fees are there on Polymesh?

All fees on Polymesh are paid in the networks’ native token, POLYX. There are two types of network fees:

Every on-chain transaction on Polymesh must be paid for using POLYX.

Transaction fees on Polymesh are charged for the transaction involved in any on-chain action, from sending POLYX to another user to renaming a portfolio to creating a security token.

Here are a few sample fees for common transaction types:

How are transaction fees split?

Transaction fees are split between the block-producing node operator and the Network Treasury using a 20 / 80 ratio. Splitting fees this way provides a two-fold path to accelerating Polymesh adoption:

How are transaction fees determined by the network?

The cost of the operation is proportional to the computational and storage complexity of the action being performed and is set directly by the network.

What happens if a transaction fails?

Protocol fees are only paid for successful transactions. For example, if a user tries to register a ticker that’s already been registered, the 500 POLYX protocol fee won’t be charged.
‍

How are protocol fees split?

How are protocol fees determined by the network?

Any user can submit a Polymesh Improvement Proposal to modify protocol fees. Upon vote by the Polymesh Community (or if the PIP is submitted by a Committee of up to 20 users), the PIP will be voted on for enactment by the Polymesh Governing Council, the main decision-making body of Polymesh.

For more information about POLYX and what it’s used for on Polymesh, visit polymesh.network/polyx.