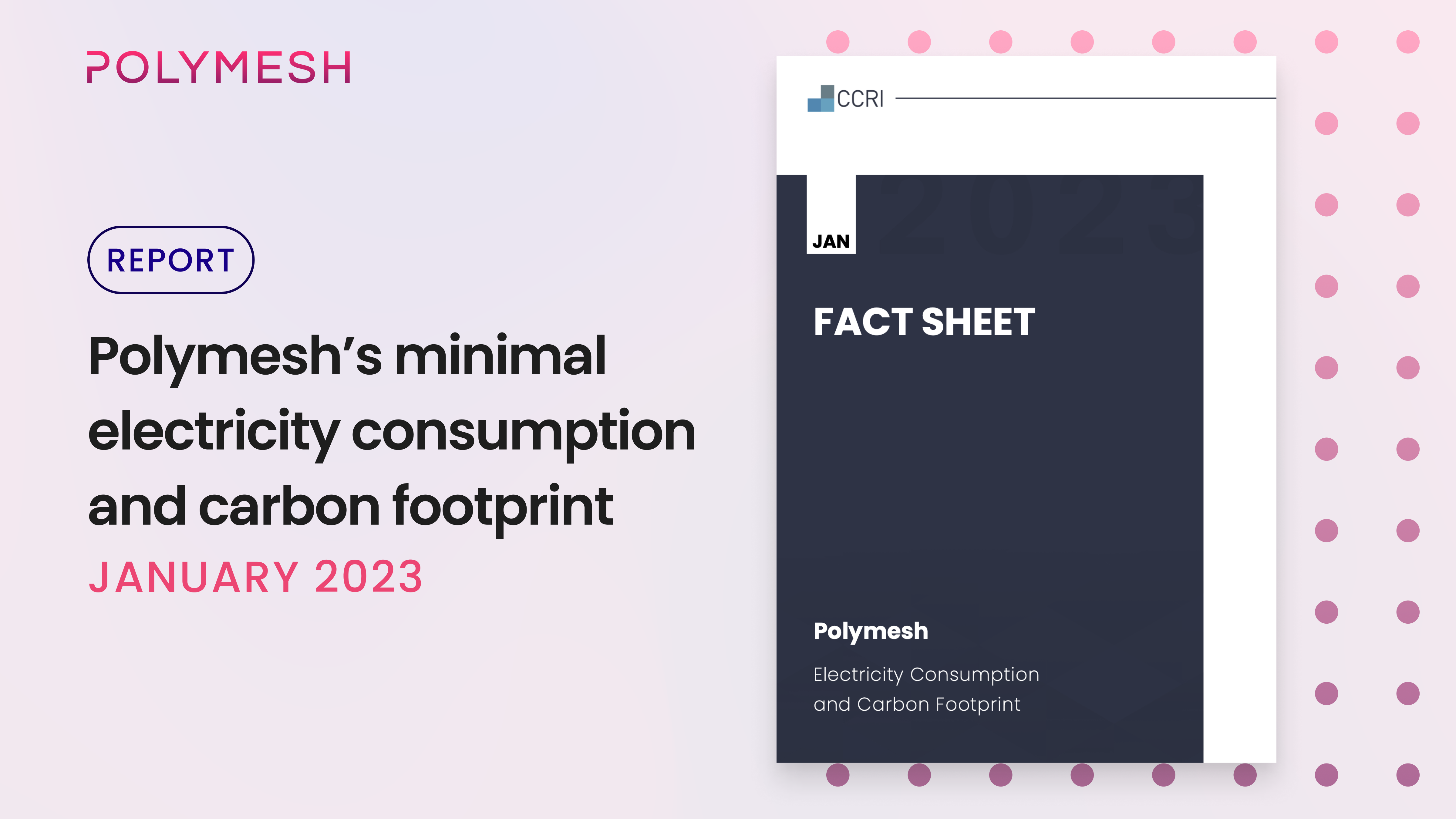 Energy usage is a major sticking point preventing blockchain’s adoption, and understandably so. For institutions– many of which have pledged to fight climate change and reduce their carbon footprint– integrating blockchain is a choice that needs to be environmentally as well as economically justified.

As transparency is one of our key values, the Polymesh Association has commissioned a report from an independent, third party bringing Polymesh’s energy usage out into the open.

Most reports on blockchain’s energy consumption only focus on Bitcoin, which is especially notorious for electricity usage exceeding the power consumption of relatively large states, as well as worldwide credit card usage. However, it’s important to note that this ultra-excessive energy consumption is only inherent to Bitcoin’s use of proof-of-work. Consensus algorithms of other blockchains use much less energy.

With the new report on Polymesh’s Electricity Consumption and Carbon Footprint by the Crypto Carbon Ratings Institute, participants and institutions can understand for themselves how Polymesh’s minimal environmental impact will be compatible with their ESG initiatives.