Chris Housser has joined the Polymesh Association as Lead Contributor alongside Graeme Moore as Head of Tokenization, Adam Dossa as Head of Blockchain, and Will Vaz-Jones as Head of Partnerships. 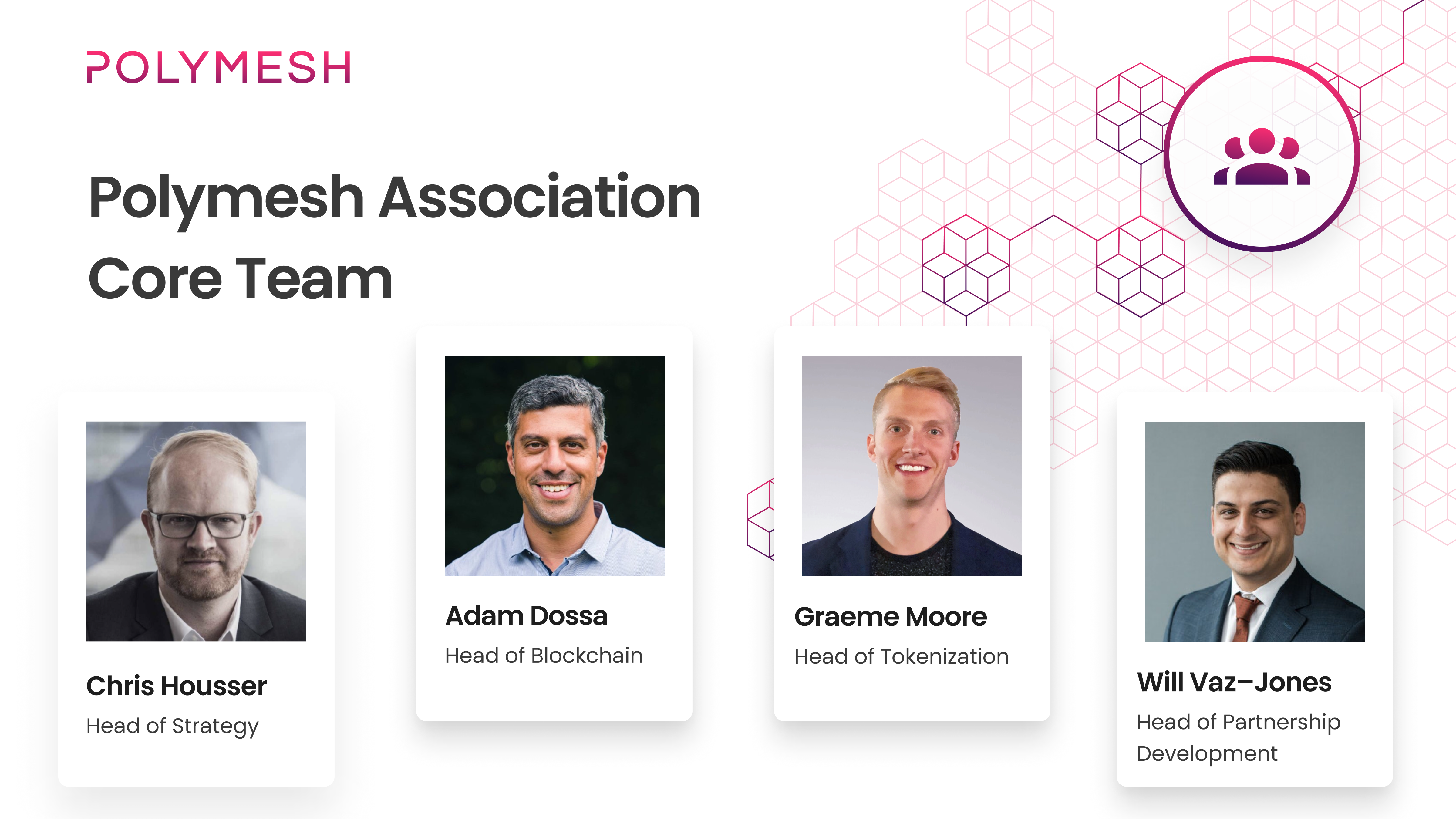 We’re proud to announce that as of February 1, 2022 the Polymesh Association has its first full-time contributors!

Chris Housser, Co-Founder of Polymath, will become Head of Strategy for the Association, which formed in October 2021 prior to the official launch of the Polymesh Mainnet. Also joining the Association from Polymath are Adam Dossa as Head of Blockchain, Graeme Moore as Head of Tokenization, and Will Vaz-Jones as Head of Partnership Development.

The four Association members will be responsible for fulfilling the Association’s mission of promoting and developing technologies and applications for the Polymesh protocol and ecosystem. As part of this aim, they’ll work closely with Polymath, which will focus on the commercialization of Polymesh.

To fulfill its mission, the Polymesh Association is equipped with 250 million POLYX to offer grants and incentives to companies or developers looking to build features and functionality on Polymesh. More information on the grants program will be released soon!

The Polymesh blockchain is secured via proof-of-stake using the POLYX token. There is a POLY to POLYX Upgrade Bridge, which enables users to upgrade their POLY on Ethereum to POLYX on Polymesh at a 1:1 ratio. Thus far over 360 million POLY (36% of total POLY) has been upgraded through the bridge.