← Back to blog posts
In the industry
December 16, 2021
Link copied to clipboard

Only one month after launch, Polymesh is seeing adoption by a financial services organization with Tokenise, who have announced plans to launch a regulated stock exchange for security tokens using the Polymesh blockchain. 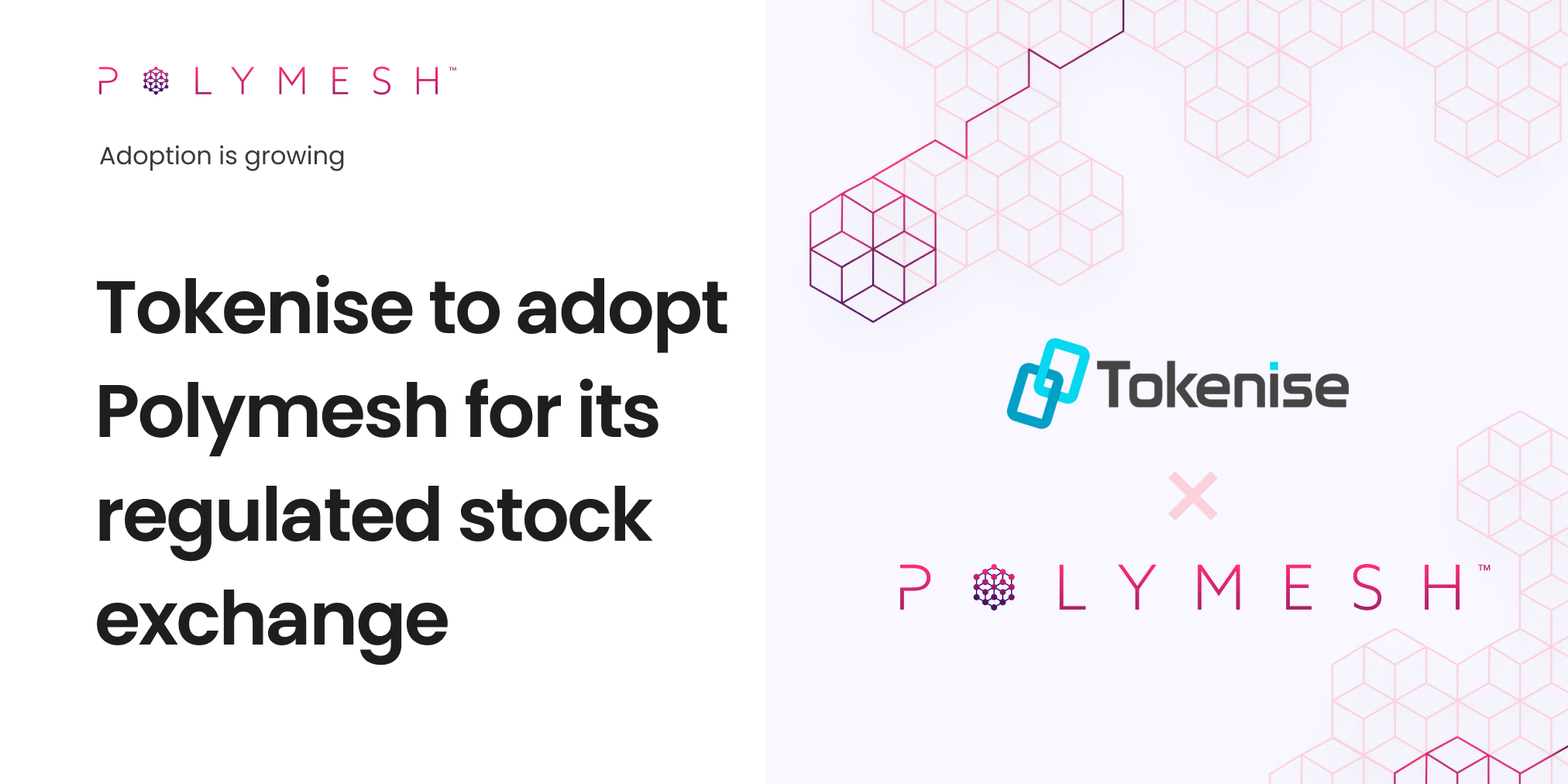 Only one month after its Mainnet launch, Polymesh– built specifically for security tokens– is seeing adoption by a financial services organization with Tokenise, who have announced plans to launch a regulated stock exchange for security tokens using the Polymesh blockchain.

Tokenise is an end-to-end tokenization platform that manages a global security exchange and plans to launch its regulated stock exchange for security tokens in Q1 2022 in Barbados. In compliance with current stock exchange regulations, investors must access the tokens via a brokerage and complete anti-money laundering (AML) checks. The Barbados registered Tokenise Brokerage is now accepting investor applications.

“Opening our waitlist marks the beginning of an exciting journey for Tokenise to really democratize ownership of assets that are important to people,” said Mike Kessler, Tokenise Founder and CEO.

The assets that the company plans on tokenizing include not only equity, bonds, and funds, but also physical assets such as the fractional ownership of buildings, ships, racehorses and land. Royalty tokens for musicians, artists, and filmmakers are also of interest.

Tokenise will support primary issuance on the Polymesh blockchain, which went live in Q4 2021 with support from 14 financially regulated entities running operator nodes, one of which was Tokenise. Tokenise has relationships with multiple primary venues which also use Polymesh, including Polymath and DigiShares.

Crucially, Tokenise’s regulated stock exchange for security tokens will use a Barbados registered Central Securities Depository (CSD) called DigiClear that it developed specifically based on Polymesh. In addition to providing central safekeeping services, the CSD DigiClear will record corporate actions such as voting and dividends and play an important role in ensuring the integrity of securities issuances.

Tokenise has been established to create a full end-to-end service, from issuance of tokenised securities, trading and brokerage services to settlement and depository. Tokenise Stock Exchange is a fully regulated entity established in Barbados and authorised by the FSC to launch its digital stock exchange. This will democratise the securities industry by tokenising assets that have previously been inaccessible, illiquid or unavailable to a global community of investors and issuers. It will set the global standard for security token issuances, and operate the world’s first dedicated, multi-jurisdictional global single order book. Their broker at Tokenise.io is now taking registration on the platform in readiness for their full launch.