← Back to blog posts
The blockchain
December 9, 2022
Link copied to clipboard

How blockchain participants can offset costs by becoming a node operator

Blockchain participants worried about the cost of integrating with and using Polymesh for security tokens can offset costs by becoming a blockchain node operator. 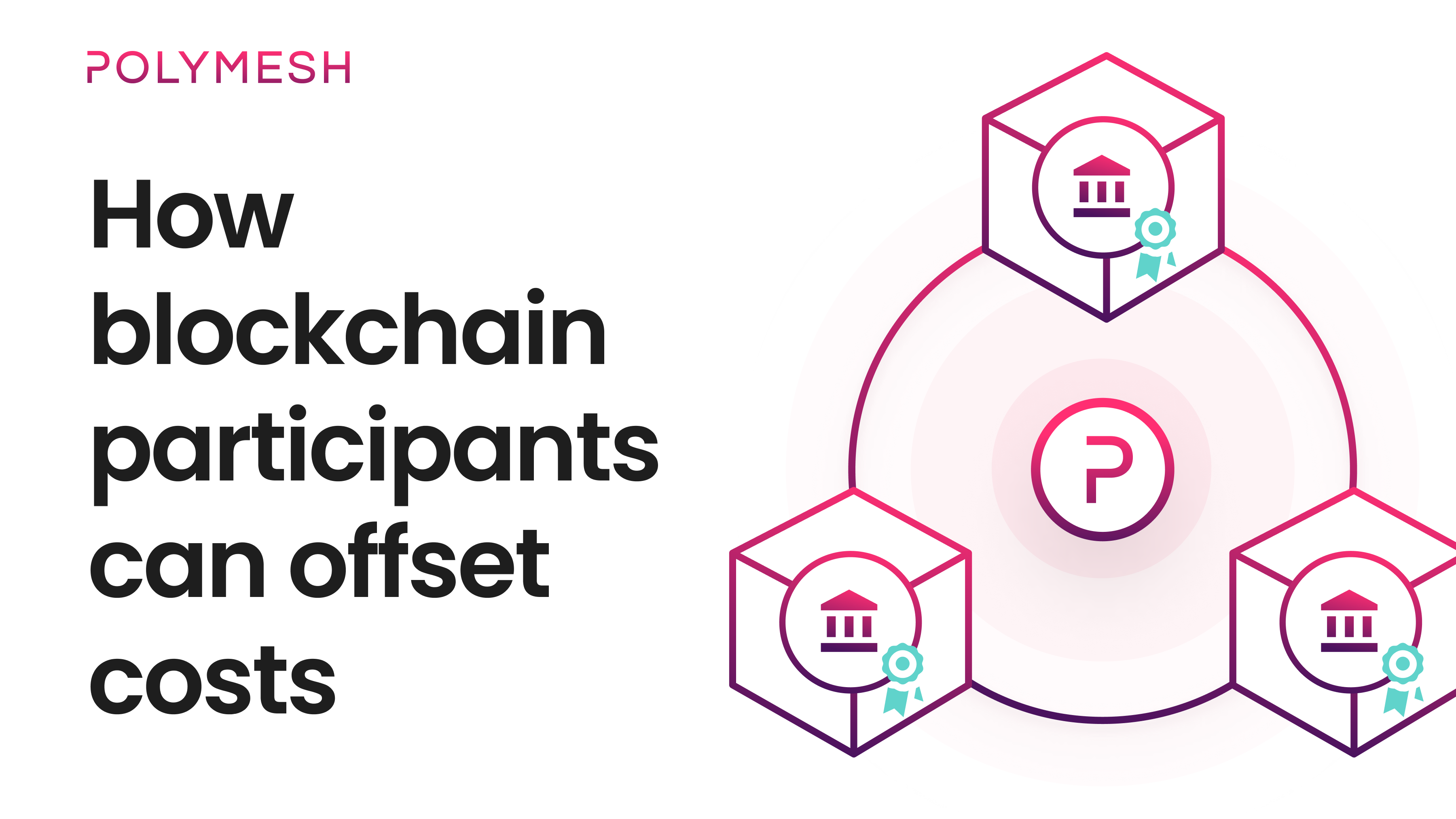 One of the main concerns companies have when integrating blockchain technology is the cost.

For Polymesh blockchain participants, there are four key ways to offset costs of issuing and managing security tokens and other chain uses:

In this blog post, we’ll take a look at #1: how blockchain participants can offset costs by becoming a blockchain node operator.

What are the functions of blockchain nodes?

The blockchain is a distributed ledger where data is stored, shared, and synchronized across multiple nodes on a peer-to-peer network. Multiple independent nodes are a key component of decentralization. Each node functions like a server and contains a copy of the blockchain and its transaction history.

The main function of a blockchain node is to broadcast and validate transactions. There are two types of nodes on Polymesh:

What is a node operator?

Polymesh node operators run the authoring nodes that keep Polymesh secure and operational by validating blocks according to the protocol.

Polymesh is a permissioned blockchain, meaning access to the network and specific activities is guarded by a control layer. Existing Polymesh users will be familiar with this concept as it’s what’s behind the identity verification that takes place during Polymesh onboarding.

Node operators on Polymesh must be permissioned too, but with more specific criteria; only licensed financial entities may run operator nodes on Polymesh.

Permissioned node operators keep the blockchain highly secure by ensuring that only reputable, known entities are validating transactions. Since these entities have reputational risk, individuals and companies using Polymesh can place more trust in the network knowing that transactions will likely not be intercepted or reversed maliciously.

What are the primary incentives in place for node operators?

Most Polymesh node operators are extrinsically motivated to keep the blockchain secure and available by reputation and rewards.

These incentives are intertwined by the mechanics of nominated proof-of-stake, as node operators who garner a good reputation for behaving towards the correct operation of the chain are more likely to be nominated through staking, and therefore earn rewards.

When it comes to rewards, node operators are incentivized through two main sources of income in the form of Polymesh’s native utility token POLYX:

Only node operators in the active node operator set for that specific era (every 24h) may author new blocks and gain these rewards. The chance of being selected into the set depends on the amount of POLYX staked to that node operator, which is why a node operator’s reputation among nominators plays a key incentivizing factor.

Overall, nominated proof-of-stake on Polymesh economically aligns node operators’ interests with the desire to maintain high chain uptime and chain security, as well as promote adoption of Polymesh, since increased activity will result in higher returns.

How are node operators rewarded in staking?

Total rewards for any era are divided across the nodes in the set based on the number of blocks each node operator authors. In theory, all correctly performing nodes should receive similar rewards, irrespective of the number of POLYX tokens nominated to them; in practice there is likely to be variability due to differences in node performance.

Is running a blockchain node profitable?

Running a blockchain node can be profitable but depends on many factors.

For example, a node operator’s likelihood of being selected into the active node operator set, or even authoring new blocks if selected, may be impacted depending on factors such as hardware performance and network connectivity.

Well-behaving node operators should generally average out to have a similar number of blocks authored over a large number of eras. While node operators will always receive 20% of all block fees for the blocks they author, the percentage of staking rewards a node operator receives can vary.

In principle, a higher commission will result in a higher reward for the node operator; in practice, however, it may deter nominators from staking their POLYX on that node operator.

Is there a limit to the number of Polymesh node operators?

The maximum operator node count is set by the Polymesh Governing Council and may be subject to change at any time.

How do you become a Polymesh node operator?

To see if you qualify, get in touch with us. If you meet the criteria, we’ll ask you to complete a short application to collect and verify information about your business and its directors. This information will be compared against the Office of Foreign Assets Control (OFAC), European Union (EU), and United Nations (UN) sanctions lists.

From there, we’ll notify you of any next steps should your application be accepted. Learn more about becoming a Polymesh node operator. ‍