← Back to blog posts
In the industry
June 23, 2022
Link copied to clipboard

Staking and infrastructure provider RadiumBlock is now offering node-as-a-service to Polymesh node operators, making it easier and faster for businesses and developers to build dApps on Polymesh. 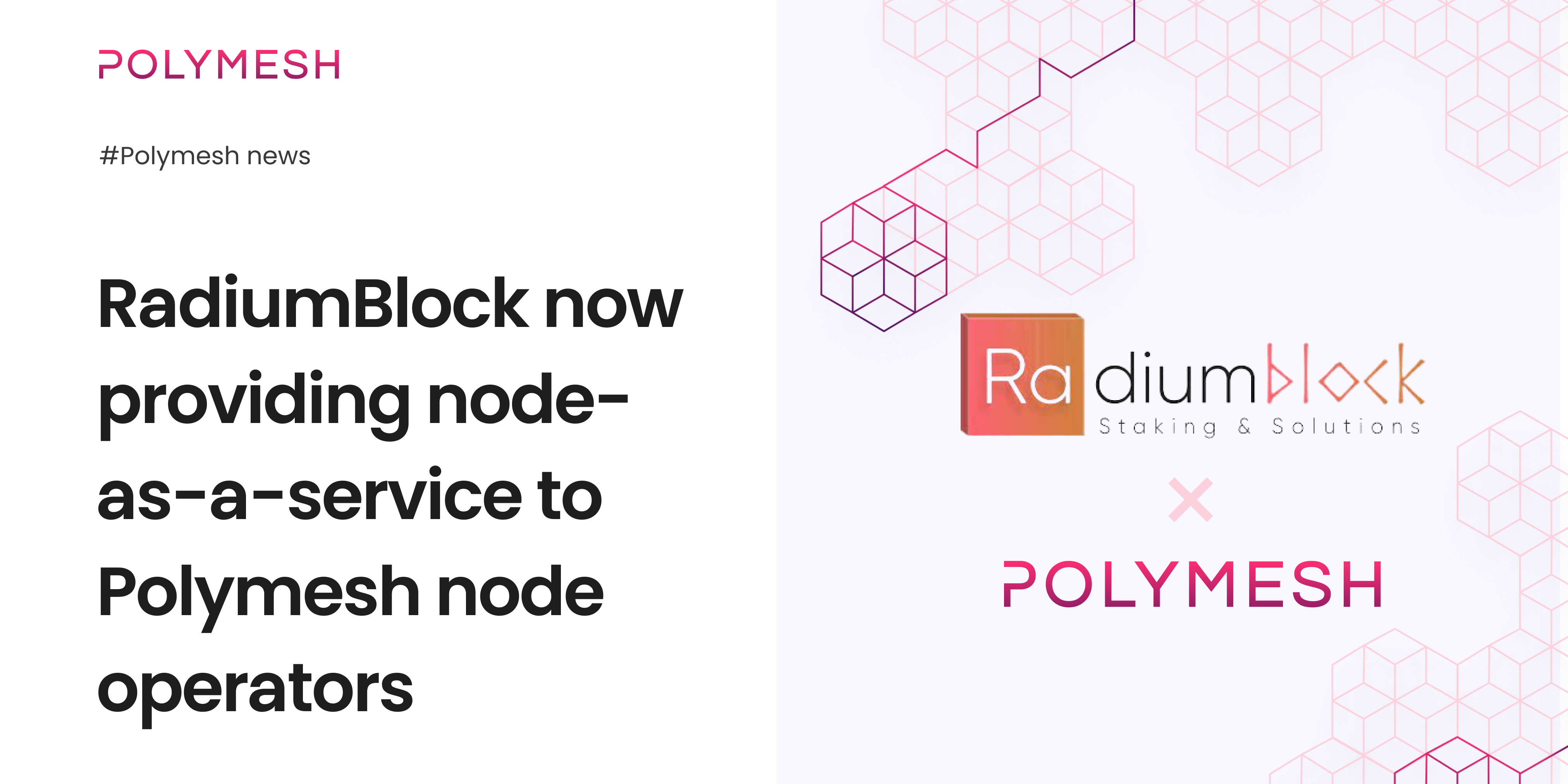 The Polymesh Association is pleased to announce that staking and infrastructure provider RadiumBlock is now offering node-as-a-service to Polymesh node operators!

Founded in 2021, RadiumBlock’s mission is to facilitate next-generation blockchains by tailoring reliable Web3 infrastructure solutions. RadiumBlock’s flagship node-as-a-service makes it easy for companies to implement and maintain a node on Polymesh by installing and configuring nodes on their behalf.

RadiumBlock’s node-as-a-service was a crucial component in node set up for Greentrail, who were announced as the newest node operator on Polymesh in May 2022.

Setting up a node is often a highly laborious and time-consuming process that can be blocked by technical challenges, lack of competence, or limited knowledge. Node providers such as RadiumBlock provide a key service to startups and companies looking to get engaged with blockchain by eliminating many of the problems involved in implementing nodes.

RadiumBlock’s node service will make it easier and faster for businesses and developers to build decentralized applications (dApps) on top of Polymesh by eliminating the requirement for their engineers to maintain and manage nodes and endpoints. Instead, RadiumBlock can manage the blockchain infrastructure and performance, leaving node operators and developers of decentralized applications (dApps) free to focus on their core business and strategies.

“Polymesh requires node operators to be licensed financial entities, but these companies might not have the experience or technical knowledge required to implement or maintain a node” said Graeme Moore, Head of Tokenization at Polymesh. “It’s great that RadiumBlock can fill the gaps for them while ensuring nodes are operational and performing well, ultimately benefiting every participant on the chain.”

In addition to node-as-a-service, RadiumBlock provides a low latency, globally distributed and high performance endpoint service. RadiumBlock also helps the Polymesh community by providing snapshots to synchronize Polymesh node operators with the network. Daily snapshots in RocksDB format are available for free and open to the community. Node operators can quickly download and install nodes from these snapshots to reduce recovery times after failures.

RadiumBlock offers institutional grade security and redundancy for Web3 infrastructure, to run nodes and high performance endpoints for PoS blockchain networks. This allows PoS participants and builders to be spared the hassle of setup, scaling, maintenance and 24/7 monitoring of servers and constantly evolving blockchain software stack. RadiumBlock has over 2 decades of expertise in providing infrastructure management and services for enterprises and end users.