Tokenise – the first fully regulated brokerage, exchange, and central securities depository that can deal with digital assets – has created their first digital asset on Polymesh! 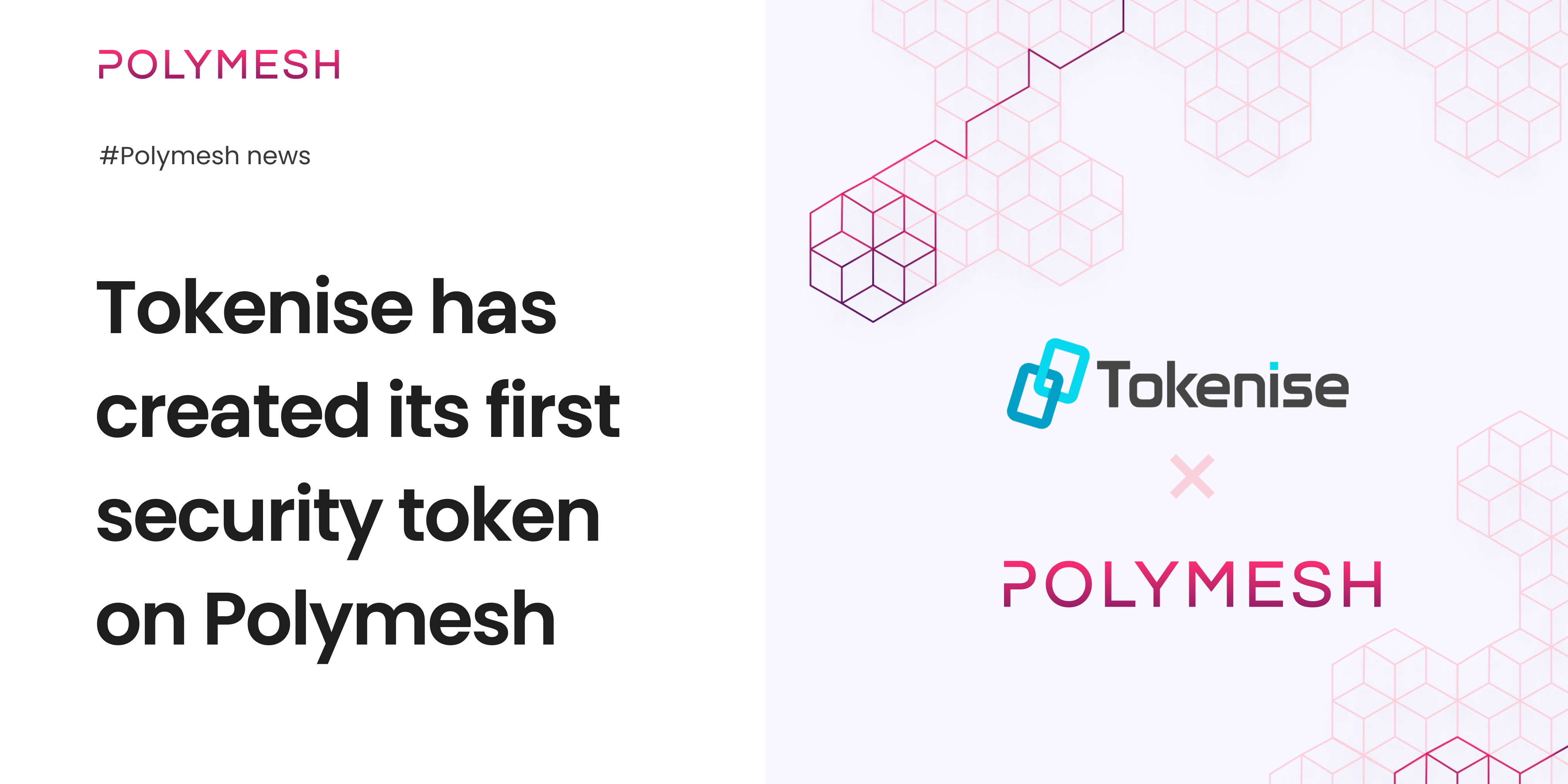 The Polymesh Association is thrilled to announce that Tokenise International Limited–the first company with a fully regulated brokerage, exchange, and central securities depository that can deal with digital assets–has created their first digital asset on Polymesh!

The move marks an exciting moment for the Polymesh ecosystem as it will help cement Polymesh as the blockchain of choice for regulated assets, increase Polymesh’s industry and regulatory exposure, and expand the chain’s use through the issuance of new tokens.

The tokens are the first issued by Tokenise since its CSD DigiClear was fully approved as a regulated entity on July 5, 2022. DigiClear uses Polymesh as an integral part of its clearing and settlement infrastructure. Tokenise is the first company in the world to own and operate a fully regulated brokerage, an exchange, and a central securities depository.

Previous Tokenise assets were to be issued on Ethereum using Polymath’s ERC-1400 standard. Recognizing Polymesh as the future of tokenization and having used Polymesh to help construct their settlement infrastructure and exchange, Tokenise will ensure future security token issues are only using Polymesh.

“All our applications to regulators included education on the inner-workings and benefits of Polymesh,” said Simon Kiero-Watson, Head of Markets at Tokenise. “This first asset on Polymesh represents a key milestone in our exciting journey together.”

“Tokenise has been a long-time collaborator with Polymesh as one of the 14 node operators at launch,” said Graeme Moore, Head of Tokenization at Polymesh. “We greatly appreciate their enthusiasm for our technology and we’re looking forward to the continued adoption of Polymesh by major institutions like Tokenise.”

Tokenise’s utilization of Polymesh is expected to ripple benefits for the entire ecosystem. Regulated in Barbados but in the process of applying in other countries, Tokenise will give exposure of Polymesh to regulators in jurisdictions such as the UK, USA, Malta, and Mexico. Meanwhile its successful applications could help other digital asset companies using Polymesh to gain regulatory approval more quickly.

Pacio is creating the accounting standard of the (very near) future. Its Triple Entry Accounting (TEA) and TARI® management system are set to replace the way financial records have been kept for the past 500 years, and to make them far more useful for business. Pacio is building on their own Digital Ledger Technology (DLT) enabling the firm to create an accounting system that is harder to defraud by orders of magnitude. When adopted, TEA is expected to drastically decrease financial fraud within companies and could save billions, as well as providing large productivity gains, thus unlocking massive value.

Tokenise has been established to create a full end-to-end service, from issuance of tokenised securities, trading and brokerage services to settlement and depository. Tokenise Stock Exchange is a fully regulated entity established in Barbados and authorised by the FSC to launch its digital asset stock exchange. This will democratise the securities industry by tokenising assets that have previously been inaccessible, illiquid or unavailable to a global community of investors and issuers. It will set the global standard for security token issuances, and operate the world’s first dedicated, multi-jurisdictional global single order book. Their broker at Tokenise.io is now taking registration on the platform in readiness for their full launch.