Top digital asset exchange Huobi is now a node operator on Polymesh! As a node operator, Huobi will expand global access to POLYX by providing POLYX staking to its tens of millions of users. 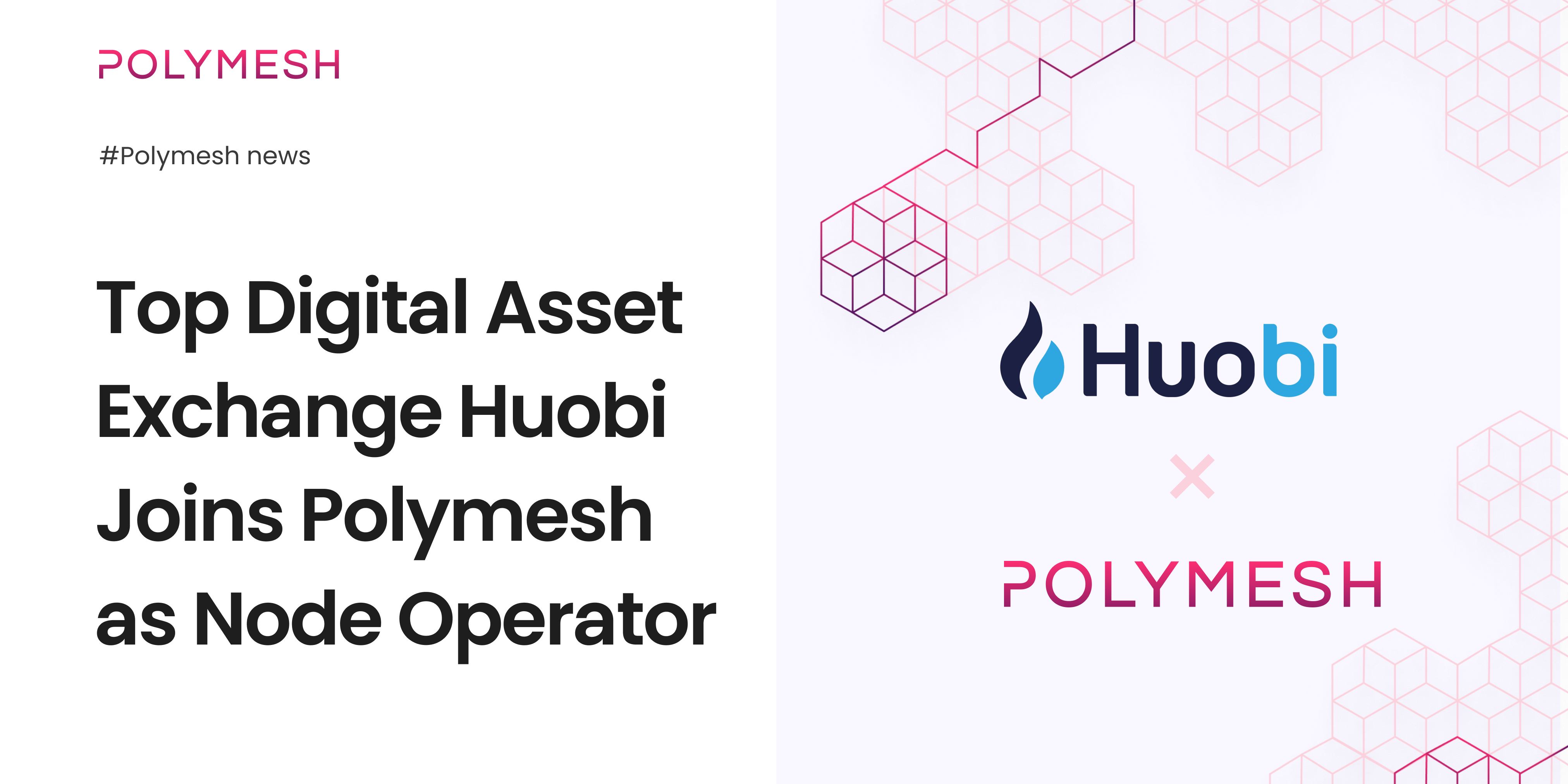 Polymesh Association is thrilled to announce that Huobi Global, a top digital asset exchange, is now a node operator on Polymesh!

The announcement comes just one month after Huobi, one of the largest and earliest cryptocurrency platforms in the world, became the first exchange to provide access to Polymesh’s native token POLYX. As a node operator on Polymesh, Huobi will continue to expand global access to POLYX by providing POLYX staking to its tens of millions of users in more than 170 countries and regions.

This latest collaboration with Huobi further cements the large organization’s trust in Polymesh, as well as the promise of Polymesh as the premier institutional blockchain for regulated assets.

“We appreciate Polymesh’s unique design principles and look forward to providing POLYX staking to our users,” says Wei Zhang, leader of Huobi staking. “As the first exchange to provide support to POLYX, we look forward to our continued relationship with Polymesh.”

“We’re incredibly excited to onboard another high quality, regulated financial entity as a Polymesh Node Operator,” says Graeme Moore, Head of Tokenization at the Polymesh Association. “Huobi has a long track record as a reputable institution, and we’re thrilled that they are joining Polymesh.”

With Huobi, there are now 16 regulated financial entities operating nodes on Polymesh. Companies interested in becoming a Polymesh node operator may get in touch with Polymesh here.