← Back to blog posts
Polymesh News
May 16, 2022
Link copied to clipboard

POLYX will soon be available for purchase on Huobi!

POLYX will soon be available for purchase on Huobi, one of the largest and earliest cryptocurrency platforms in the world, with Huobi using the POLY to POLYX Upgrade Bridge on behalf of its users. 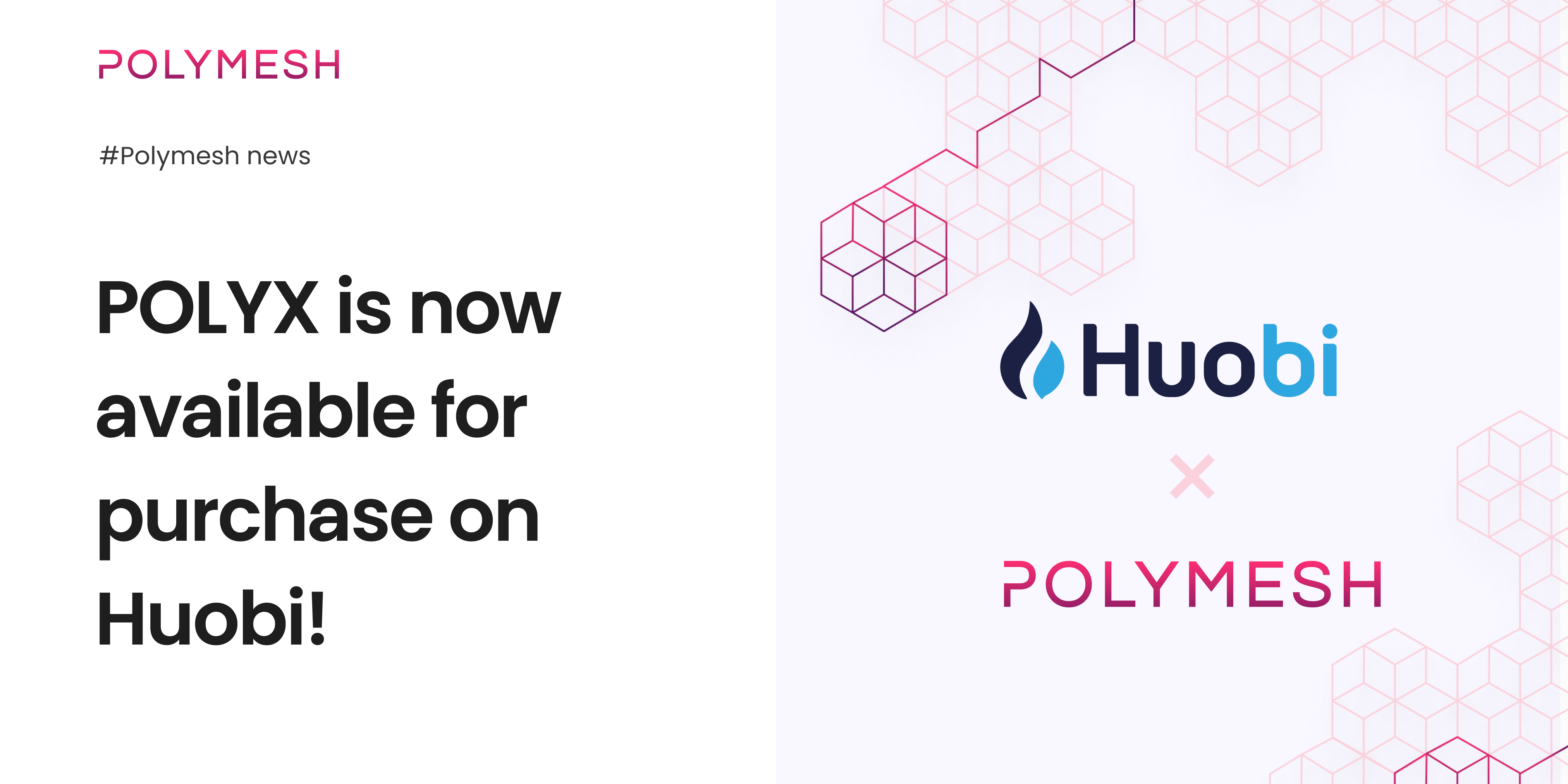 The Polymesh Association is excited to announce that POLYX will soon be available for purchase on Huobi, one of the largest and earliest cryptocurrency platforms in the world.

The listing comes shortly after Polymesh mainnet passed six months in operation with 2,600 Polymesh addresses holding POLYX. To date, approximately 250M POLYX is circulating while over 115M of the POLYX token supply is locked in staking through nominated proof-of-stake.

The integration with Huobi will widen Polymesh’s availability by making POLYX easy to purchase on a highly liquid platform that processes billions of dollars in daily volume. Additionally, the integration will see Huobi using the POLY to POLYX Upgrade Bridge on behalf of users, demonstrating a very large organization’s trust in the bridge.

Commenting on the announcement, the Polymesh Association’s Head of Tokenization Graeme Moore said: “We’re thrilled that Huobi has listed POLYX following the release of our Grants Program last month. With new node operators and major industry players looking to integrate with Polymesh, it’s definitely an exciting time to join the Polymesh ecosystem.”

Since Polymesh’s mainnet launch, one of the most anticipated developments among the community has been seeing POLYX listed on a trading platform. We’re delighted to deliver the news about Huobi and encourage our community to stay tuned for more positive developments.

POLYX is the native token on Polymesh and required for many on-chain functions. Token holders can use POLYX to create and manage security tokens, participate in on-chain governance, and help keep the chain secure and operational through staking.

Until now, the main mechanism for obtaining POLYX has been the POLY:POLYX Upgrade Bridge, which lets users upgrade their Ethereum-based POLY tokens to POLYX on Polymesh at a 1:1 ratio.

With POLYX available for purchase on Huobi, users will no longer need to hold POLY or use the Upgrade Bridge to obtain POLYX.

For more on POLYX, visit polymesh.network/polyx